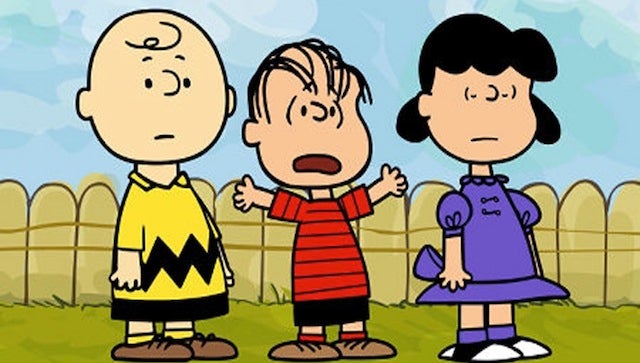 Charlie Brown, the beloved comic-book character, will be coming to the bigscreen in a 3D animated version in 2015, 20th Century Fox announced at the CinemaCon movie convention in Las Vegas on Thursday.

The rights to the iconic comic book character have long been unavailable. Charles Schulz, who died in 2000, had always been reluctant to grant movie rights to his characters, and his family has zealously guarded his copyright.

"This will forever change the face of animation," Fox Chairman Jim Gianopulos quipped to the crowd of a few thousand exhibitors, as he unveiled a huge 3D image of Charlie Brown's familiar face — the first image of the film that's being created by Blue Sky Studios, Fox's animation partner. "Prepare to have your minds blown."

For more than four decades Charlie Brown and his friends in the Peanuts cartoon were among the most popular and beloved comic strips in American daily newspapers.

Steve Martino ("Ice Age: Continental Drift") will direct, according to a studio spokesman, who also said it was a two-year process to convince the Schulz family to give Fox and Blue Sky the rights.