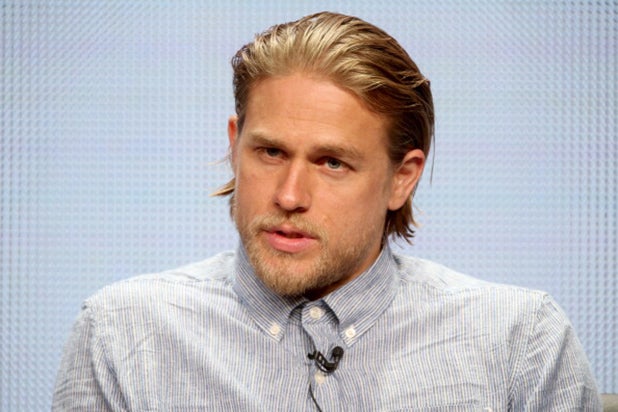 “Sons of Anarchy” alum Charlie Hunnam will replace Benedict Cumberbatch in James Gray‘s “Lost City of Z,” which also stars Robert Pattinson and Sienna Miller, it was announced Tuesday by MICA Entertainment, which has come on board to finance the film.

Cumberbatch was forced to drop out of the project due to Marvel’s “Doctor Strange,” and now rising movie star Hunnam will play Col. Percival Fawcett in the adaptation of David Grann’s acclaimed bestseller.

Brad Pitt, Dede Gardner and Jeremy Kleiner are producing via Plan B Entertainment along with Dale Johnson and Anthony Katagas. Marc Butan is executive producing, as are MICA’s Julie B. May and Glenn Murray.

Sierra/Affinity will continue to handle international sales of the title at this year’s European Film Market. CAA represents the domestic rights to the film. Production is slated to start this summer.

“Lost City of Z” follows Percy Fawcett, a British colonial who disappeared in the 1920s while searching for a mythical city in the Amazon jungles of Brazil that he believed he discovered on a prior expedition.

Plan B currently has Ava DuVernay’s Oscar-nominated drama “Selma” in theaters, while MICA currently finances 4-6 films per year with a primary focus on theatrical releases.

Hunnam is represented by CAA and Brillstein Entertainment Partners.