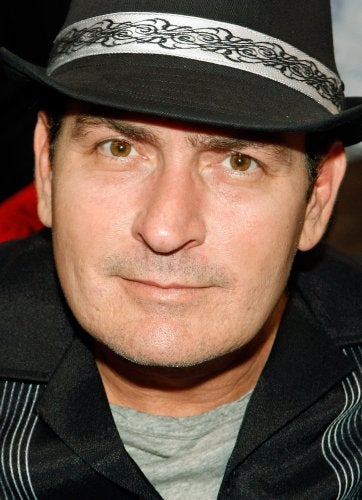 Other than releasing an audio recording of a 911 call, in which Sheen’s wife claimed he threatened her with a switchblade (listen here), the Aspen Police Department is remaining relatively mum today about the Christmas morning arrest of Charlie Sheen over domestic-violence charges.

The veracity of those allegations, originally made by  Brooke Mueller, have been called into question amid news leaks that Mueller was drunk at the time of the 911 call and has since retracted her accusations.

A distraught Mueller can be heard on the four-minute recording, obtained by The Wrap, repetitively telling the operator that she has to file the report now and that there are other people in the couple’s house separating Sheen and Mueller. Mueller claims Sheen has been threatening her with a switchblade and that he can be found by police in the house’s bathroom.

“He’s trying to sneak out through the back right now,” Mueller says toward the end of the recording.

Sheen faces two felony complaints and one possible misdemeanor; the most serious of the crimes is that of “criminal menacing,” a charge said to involve a suspect’s use of a weapon in a threatening manner. The count carries a two-eight years state prison sentence in Colorado. Sheen remains free on $8,500 bond pending a court appearance scheduled for Feb. 8. The Aspen District Attorneys office has not yet decided whether to file charges against Sheen – or Mueller for making false statements to police.