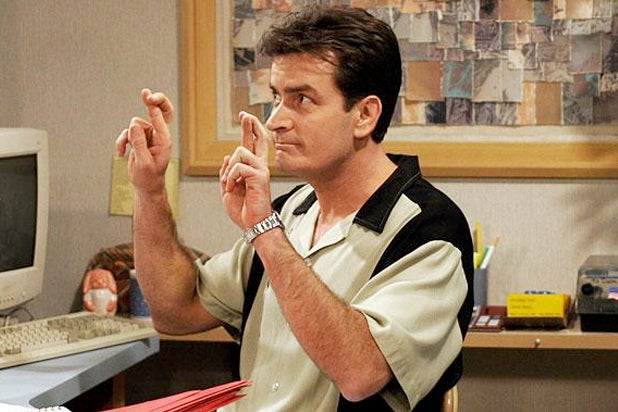 The year 2016 has seemingly seen an inordinate number of celebrity deaths, but Charlie Sheen took to Twitter to politely ask God if the year can squeeze in President-elect Donald Trump before the New Year.

The actor sent his message, which is currently pinned to his Twitter page, shortly after news broke that famed actress Debbie Reynolds died the day after her daughter, Carrie Fisher, passed away.

Twitter users, who are presumably sick of hearing about people dying, were quick to rip the actor for the morbid request.

Fox News media guru Howie Kurtz called Sheen’s tweet “sick” and said it should be condemned, while other wondered if the Secret Service will get involved in what could be considered a threat. On user wrote, “Charlie Sheen is now exploiting tragedy as an excuse to attack President-elect Trump. Very sad.”

Checkout some of the backlash:

I thought Charlie Sheen had finally OD'd on cocaine, but it turns out he was just wishing death on the President Elect.

Wait a minute Charlie, I thought you didn't believe in God? https://t.co/bZTrAiUzTO

Once again, @charliesheen reinforces the knowledge that he is a despicable human being.

How did we reach a point where it's ok to wish death on someone over political differences? Charlie Sheen has led such an exemplary life?

Charlie Sheen, after deaths of Carrie Fisher & Debbie Reynolds, tweets a plea to God for Trump to be next. This is sick. Should be condemned

Charlie Sheen under fire for ‘disgusting’ and ‘disrespectful’ tweet about Trump https://t.co/nhEUMpGtQq pic.twitter.com/G3duIhGatm

Is the media going to demand Secret Service visit Charlie Sheen, as they did with Ted Nugent?

Will @charliesheen die of HIV before the final cut of news package=> "Famous People Who Died in 2016" ? #CharlieSheenNextPLEASE https://t.co/QjSDrojsRf

Getting HIV is not "winning" @charliesheen