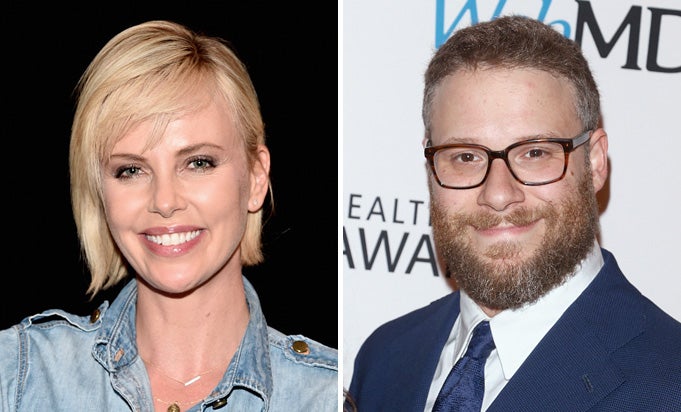 Charlize Theron and Seth Rogen are set to star and produce the romantic comedy “Flarsky,” which will be produced by Point Grey Films and directed by “Warm Bodies” filmmaker Jonathan Levine.

Rogen plays a self-destructive, unemployed journalist who decides to pursue his childhood crush and babysitter, played by Theron. Only problem is, his crush has gone on to become one of the most powerful and hard-to-get women on Earth.

Rogen will produce with Evan Goldberg and James Weaver through Point Grey, while Theron will produce with Beth Kono and A.J. Dix through Denver & Delilah Films. Dan Sterling, who is writing the film, will executive produce alongside Good Universe’s Nathan Kahane and Joe Drake.

Earlier this week, Theron also signed on to star in the spy thriller “Need To Know,” where she will play a CIA analyst whose life and family are endangered when she discovers evidence of a Russian sleeper cell working in American intelligence. She will next be seen in “The Fate of the Furious,” which comes out April 14.

Seth Rogen will next be seen in James Franco’s comedic biopic, “The Disaster Artist,” in which he will play Sandy Schklair, the script supervisor to Tommy Wiseau’s infamous cult film, “The Room.” That film will premiere at SXSW on March 12.