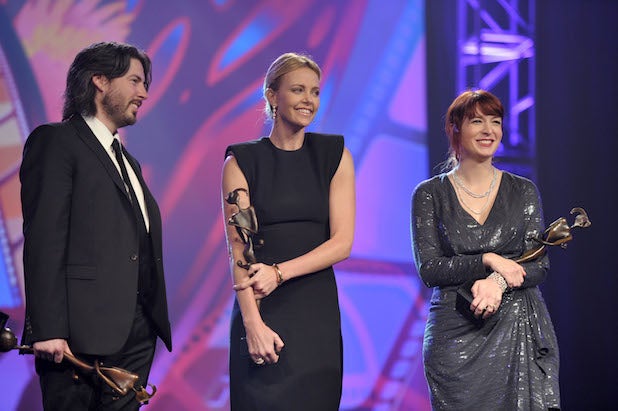 After working together on “Young Adult,” Oscar-winning actress Charlize Theron, Oscar-nominated director Jason Reitman and Oscar-winning screenwriter Diablo Cody are set to reteam on the indie comedy “Tully,” which Bron Studios has come on to co-produce and finance, it was announced Friday.

Theron will play Marlo, a mother of three, including a newborn, who is gifted a night nanny by her brother. Hesitant to the extravagance at first, Marlo comes to form a unique bond with the thoughtful, surprising and sometimes challenging young nanny named Tully.

“Tully” is being produced by Bron’s managing director Aaron L. Gilbert along with Reitman and Helen Estabrook through their Right of Way Productions, Cody and Mason Novick, and Theron, AJ Dix and Beth Kono through Denver & Delilah Productions. Bron Studios is producing in association with Creative Wealth Media Finance, whose Jason Cloth serves as an executive producer.

Production will start in late summer in Vancouver. Sierra/Affinity will launch international sales at this year’s Cannes Film Market. WME Global brokered the deal and will represent domestic rights.

Gilbert’s recent credits include “The Birth of a Nation,” “Special Correspondents” and “Welcome to Me.”

Settle down, haters — Alden Ehrenreich is hardly the first actor to take over a major role from the erstwhile Han Solo

Now that Alden Ehrenreich has been cast as the younger Han Solo in the upcoming “Star Wars” spinoff, TheWrap looks back at 9 other actors who played a version of Harrison Ford's signature characters.