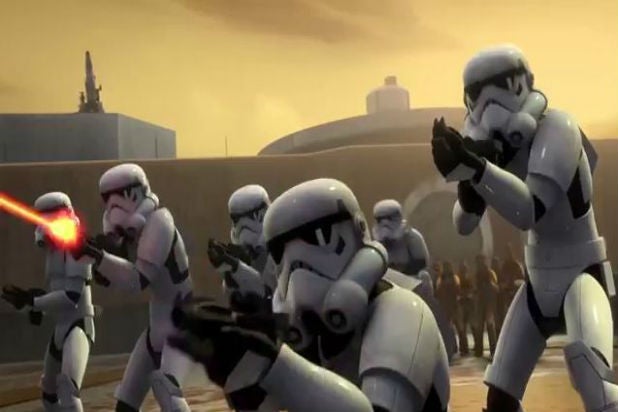 It has been quite a week for fans of the “Star Wars” franchise.

After Tuesday’s reveal of the cast of J.J. Abrams’ “Star Wars: Episode VII,” we now have a teaser for the upcoming “Star Wars Rebels” animated series, which dropped on Friday.

The 15-second clip is just a taste of what’s to come when the full trailer drops on May 4, also known as Star Wars Day (Get it? May the Fourth be with you!)

Judging by the trailer, all the familiar Star Wars favorites are there, including the iconic Stormtroopers and Droids. Main characters in the show also include Kanan Jarrus, a Jedi voiced by Freddie Prinze Jr., and weapons expert Sabine Wren (Tiya Sincar).

“Star Wars Rebels” is set to premiere this fall on Disney XD.