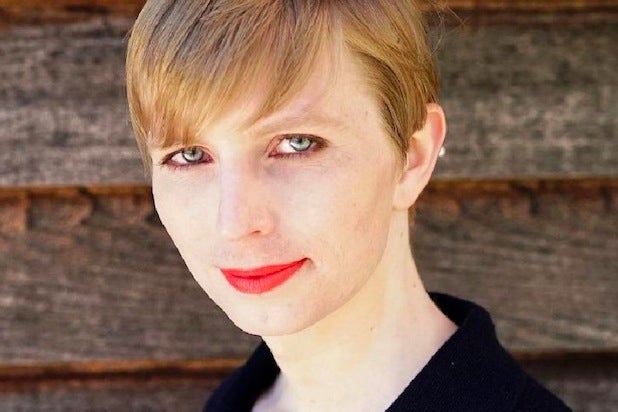 Former U.S. military intelligence analyst Chelsea Manning is making the most of her recent freedom with a Vogue photoshoot shot by Annie Leibovitz.

“Guess this is what freedom looks like,” Manning tweeted Thursday, along with a string of emojis and a photo from her recent Vogue shoot, which will appear in the fashion magazine’s September issue.

Manning was released from Fort Leavenworth prison in May, and has been keeping a relatively low profile since — though she did speak out on Twitter after Trump announced his ban on transgender people serving in the military, and participated in New York City’s Pride March.

Manning was found guilty of 20 charges in 2013, when she was sentenced to 35 years for leaking classified information to WikiLeaks while serving in Iraq. The day after her sentencing, Manning came out publicly as trans, and became the first trans person to undergo hormone therapy in a military prison. She remained in an all-male prison until she was released.

Now, as evidenced by her first Vogue appearance, Manning is ready for “different kind of coming-out,” as the Vogue profile says. The piece follows Manning as she attended the after-party for the Lambda Literary Awards, which each year honor books by members of the LGBTQ community.

“It’s not like I’m living in fear or anything,” Manning told Vogue’s Nathan Heller. “I’m so glad to be out and about and walking around.”

Vogue’s September issue is published ahead of New York Fashion Week and is the magazine’s largest issue of the year. Jennifer Lawrence will be featured on this year’s September cover.