Mamoudou Gassama, the French immigrant “Spiderman” who saved a toddler dangling from a balcony, was offered citizenship Monday by French President Emmanuel Macron.

Dramatic video circulated over the weekend showing Gassama scaling the side of an apartment to rescue a child hanging on for dear life off the Paris balcony.

Watch the video below, which has now been seen by more than 22 million people.

This man did not hesitate a second, risked his life and saved the kid! #truehero #spiderman #paris ??’? pic.twitter.com/u1fvid3i1j

Also Read: Why the French Embrace of Emmanuel Macron Is a Rejection of Donald Trump

Gassama, a 22-year-old from Mali, a former French colony in northwest Africa, climbed four floors in less than a minute to save the child. Paris Mayor Anne Hidalgo dubbed him “Spiderman.”

Gassama told CBC that he was on his way to watch a football match when he “saw the child that was about to fall from the balcony.”

“I like children, so, I will hate to see him get hurt in front of me,” Gassama said.

President Macron posted a message on Facebook, along with photos of his meeting with Gassama.

“With Mr Gassama who saved a child’s life on Saturday by climbing 4 floors with his bare hands.  I told him that in recognition of his heroic act he would have his papers in order as quickly as possible and that the Paris fire brigade would be keen to welcome him to their ranks.,” Macron wrote. “I also invited him to submit a naturalization request because France is built on desire and Mr Gassama’s commitment clearly showed that he has that desire!”

The BBC  said Gassama told Macron: “I just didn’t have time to think, I ran across the road to go and save him. I just climbed up and thank God, God helped me. The more I climbed the more I had the courage to climb up higher. That’s it.” 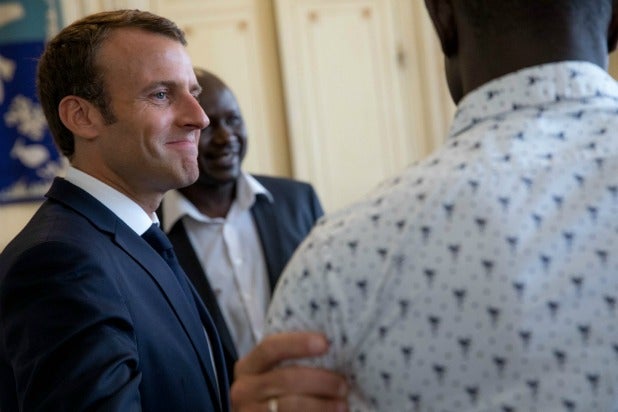 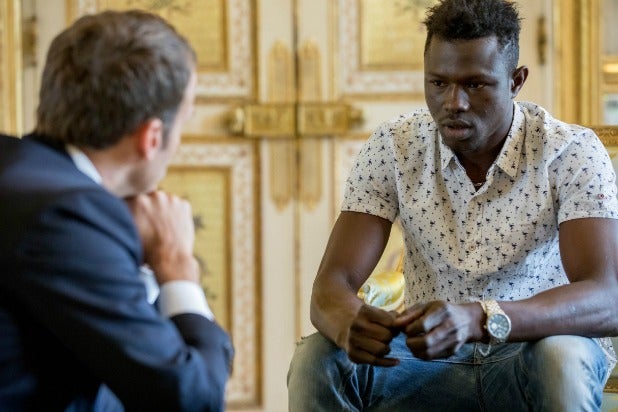