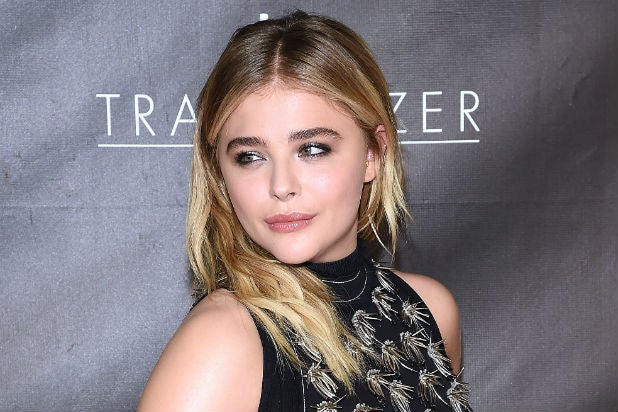 Actress Chloe Grace Moretz pulled out of promoting her upcoming film “I Love You, Daddy,” with Louis C.K. two weeks ago, TheWrap has learned.

A spokesperson for the 20-year-old star confirmed that she had opted out of the movie’s promotion after Moretz “was made aware of numerous possible accusations.”

Earlier on Thursday, a bombshell New York Times article detailed accusations of sexual misconduct against C.K. by five different women including comedy duo Dana Min Goodman and Julia Wolov, who according to the Times piece were invited by the comedian to his hotel room after their show at the U.S. Comedy Arts Festival in Aspen, Colorado, in 2012. According to the report, when they arrived at his room, C.K. asked Goodman and Wolov if he could take out his penis.

The scheduled New York premiere of “I Love You, Daddy” was canceled Thursday night, as well as C.K’s appearance on “The Late Show With Stephen Colbert.”

Indie distributor The Orchard then announced that is is “giving careful consideration” to the planned Nov. 17 release of the comedy.

“There is never a place for the behavior detailed in these allegations,” a spokesperson for the indie company told TheWrap.

FX also released a statement saying the network is “obviously very troubled by the allegations” and that “FX Networks and FXP take all necessary actions to protect our employees and thoroughly investigate any allegations of misconduct within our workplace. That said, the matter is currently under review.”

The comedian has since been dropped from HBO’s upcoming “Night of Too Many Stars” amid allegations of sexual misconduct.

“I Love You Daddy,” was written, directed, edited, produced, and stars C.K. as a a seasoned writer in the entertainment industry who tries to stop his teenage daughter  (Moretz) from her growing relationship with an aging filmmaker, played by John Malkovich.

The film premiered at the Toronto International Film Festival and attracted controversy due to several jokes about child rape and the use of racial slurs by C.K.’s character.

Also Read: Louis CK's Comedy 'I Love You, Daddy' Sells to The Orchard for $5 Million

The film was also criticized for its homage to the works of director Woody Allen, particularly his 1979 film “Manhattan,” which also follows a teenage actress’ relationship with a much older man.

The Los Angeles Times first reported that Moretz was no longer promoting the film.