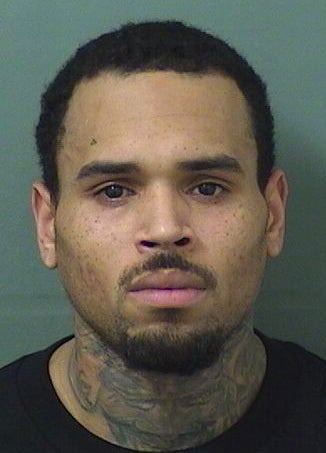 The arrest stems from an April 17, 2017 incident at Tampa night club Club Aja, where Brown allegedly punched photographer Bennie Louis Vines at about 1 a.m., per the Tampa PD.

Vines told Tampa Police that he had been hired to take photographs at the event at Club Aja. Vines said Brown was sitting near him and that Brown motioned to Vines to move away. Vines told police he moved away and attempted to tell Brown that he was hired to take pictures of the crowd. Vines and witnesses said Brown then approached Vines, assumed a fighting stance, and punched Vines’ upper lip. Brown and his entourage then left the nightclub.

Brown was in town on Thursday night for the West Palm Beach stop of his “Heartbreak on a Full Moon Tour.”

Brown was arrested after the show.

Brown is scheduled to perform Friday night at 7 p.m. at the MidFlorida Credit Union Amphitheatre at the Florida State Fair in Tampa. It is currently unclear if that performance will still happen.

The R&B singer has a long history of trouble with the law. In 2009, a 19-year-old brown punched, choked and bit then-girlfriend Rihanna. He pleaded guilty to one count of felony assault. Four years later, he was charged with felony assault after punching a man in Washington, D.C.

In 2016, Brown was arrested for assault with a deadly weapon after a woman called 9-1-1 earlier in the day claiming the singer pulled a gun on her. There have been more accusations of violence and misbehavior along the way.