Singer Chris Brown was arrested for assault with a deadly weapon Tuesday afternoon, ending an hours-long standoff with the police at his Tarzana, California, home, a spokesman for the Los Angeles Police Department told TheWrap.

Brown came under police scrutiny after a woman placed a call, claiming that the singer had pulled a gun on her. according to TMZ.

The singer then posted a series of videos on Instagram, professing his innocence and painting the police as “idiots.”

“Good luck, when you get the warrant or whatever you need to do, you’re going to walk right up in here and you’re going to see nothing you idiots,” Brown said in one video.

A police spokesman said during press conference Tuesday afternoon that a search warrant had been obtained. The spokesman would not confirm whether drugs or weapons had been found, but said that he had no knowledge of injury or sexual abuse occurring. 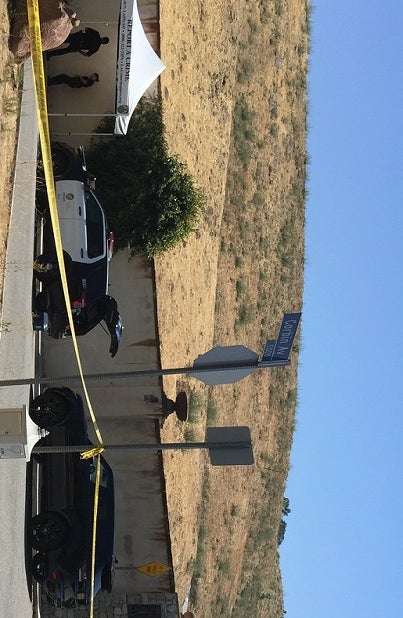 The spokesman added that there had been half a dozen people in the residence, and that everyone had been cooperative in the investigation.

According to police, the woman placed a call at approximately 3 a.m. and was “screaming for help.”

According to TMZ, the woman, identified as Baylee Curran, claims that she was hanging out at Brown’s home, and the singer became angry when she admired a piece of jewelry that a member of Brown’s entourage was displaying. Curran claims that Brown pulled a gun on her and told her to “get the f–k out.”

Brown’s attorney, Mark Geragos, arrived at Brown’s residence at about 12:30 p.m. Later, after a group of people had left the house and were searched and interviewed, Brown emerged from his home to speak to authorities.

The singer had previously been convicted of a felony, after beating his then-girlfriend Rihanna in 2009.

Brown currently faces a lawsuit filed by his former manager, Michael M. Guirguis — a.k.a. Mike G — who claims that Brown “viciously attacked” him, punching him four times in the face and neck, in May.