Singer Chris Brown went on a profanity-laced rant against the police Tuesday morning after law enforcement showed up at his Tarzana home to investigate an unspecified incident.

“Good luck, when you get the warrant or whatever you need to do, you’re going to walk right up in here and you’re going to see nothing you idiots,” Brown said in a video posted to his Instagram.

Brown also blasted the media for misrepresenting the situation.

“Barricaded myself in my house? Have you seen my house? I’m gonna barricade myself in a palace,” he said in a second video. “‘I’m not coming out!’ For what? I ain’t did sh–, I ain’t gonna do sh–. It’s always gonna be f— the police, black lives matter.” 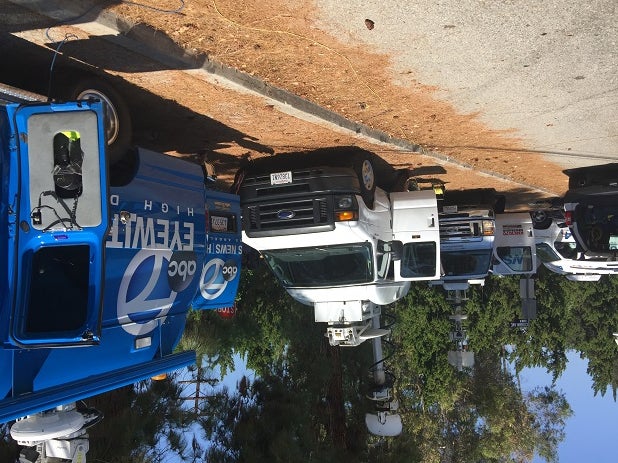 As of the writing of this article, law enforcement were still on site on the 5000 block of Corbin in Tarzana. Shortly after 12:30 p.m. on Tuesday, Brown’s attorney, Mark Geragos, arrived at the singer’s home.

During a brief press conference at approximately 1 p.m., an LAPD spokesman said that a search warrant had been obtained, and police were waiting for six people to exit the residence before the search.

The spokesman was unable to say whether Brown’s daughter Royalty was in the house.

Another police officer says the woman who placed the call for help, which was received at approximately 3 a.m. on Tuesday, was “screaming for help.”

The LAPD spokesman would not confirm whether drugs or guns had been found, but noted that he had no knowledge of injury or sexual abuse.

According to TMZ, the woman who called 911 said Brown pulled a gun on her, and at one point, Brown threw a duffel bag out his window and police retrieved at least one gun, other weapons and drugs.