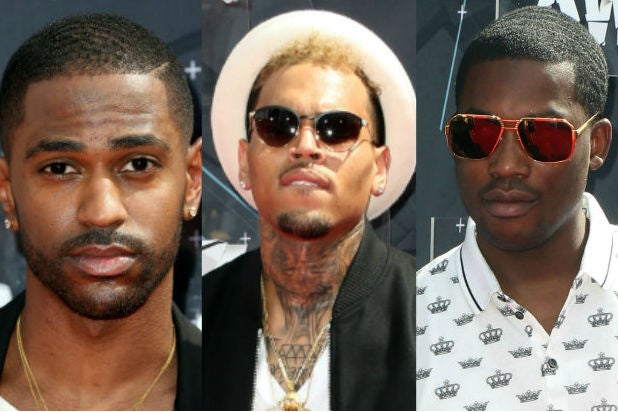 Meek Mill may have shared the stage with girlfriend and at the 2015 BET Awards, but Mill is by far the post-show sales champ.

The Philadelphia rapper stole the spotlight when he performed his single “All Eyes on You” (featuring Minaj and Brown). Thanks to those few minutes on the BET Awards stage Sunday at the Microsoft in Los Angeles, Mill logged a stunning 3,000 percent post-show bump in Amazon Music digital sales, the online retailer told TheWrap Wednesday.

Also getting a big boost was Big Sean, who saw a 250 percent sales increase in the Amazon store after performing a trio of songs — “One Man Can Change the World,” “Blessings” and “I Don’t Fu*k with You” — from his latest CD “Dark Sky Paradise.”

Best Male R&B/Pop Artist and Fandemonium Award winner Brown charted the third largest sales boost at 140 percent. Brown was a constant presence on the BET stage. In addition to performing with Mill, he joined Diddy during the Bad Boy Records reunion. The chart-topping singer also set the stage on fire with friends Tyga and Omarion during a medley of tunes that included “Liquor,” “Ayo” and “Post To Be.”

Kendrick Lamar, who opened the show with a powerful yet controversial performance of “Alright,” was the fourth biggest sales winner with an 80 percent increase.

During his performance, Lamar stood on top of a graffiti-covered police car and rapped “we hate po-po, wanna kill us dead in the street for sure.” The Compton, California native brought the audience to its feet, but not everyone was impressed. Geraldo Rivera slammed Lamar on FOX News’ “The Five,” saying his lyrics and hip-hop have “done more damage to young African-Americans than racism in recent years.”

The nearly four-hour BET Awards telecast, hosted by “Black-ish” co-stars and , was loaded with high-octane performances.

Below is a list of performers who experienced big post-show bumps, based on Amazon Music digital sales.