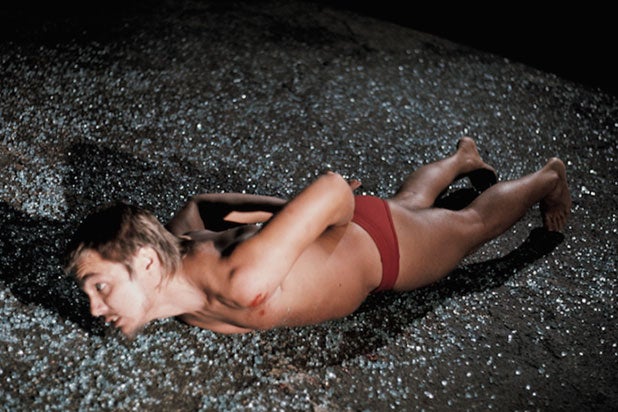 “Burden” gives audiences an inside look into the life and work of the late art provocateur Chris Burden. The film premiered at Tribeca Film Festival and chronicles an individual who became one of the most admired artists of his generation.

Burden became infamous after having himself shot, locked up in a locker for five days, electrocuted and crucified on the back of a VW bug in 1971. However, he reinvented himself and became the creator of installations and sculptures that ranged from a gigantic flywheel to an assemblage of antique streetlights in front of LACMA that are called “Urban Light.”

He died in 2015 after having been diagnosed with melanoma. He was 69.

“Timothy and Richard have crafted a fitting testament to one of the most exciting artists of the last century,” Magnolia President Eamonn Bowles said in a statement about the film. “It’s easily the most entertaining, well made doc about an artist that we’ve seen in a long time.”

The film was produced by David Koh, Josh Braun and Dan Braun and executive produced by Simone Haggiag, Stanley Buchthal and Maja Hoffman.

Also Read: Colin Farrell's 'Killing of a Sacred Deer' Picked Up by A24 at Cannes

Dogwoof is selling foreign rights at the Cannes Film Festival.