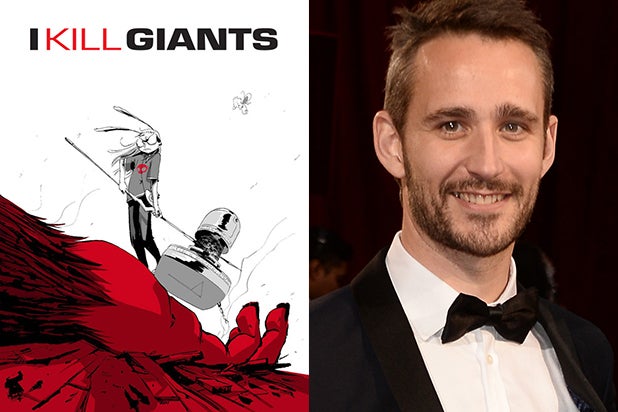 Treehouse Pictures and Chris Columbus will produce an adaptation of Joe Kelly’s graphic novel “I Kill Giants,” to be directed by Anders Walter, the company announced Monday.

The story follows a young girl who battles both real and imaginary monsters. Kelly will adapt his own graphic novel for the screen.

Columbus is producing through his 1492 Pictures/Ocean Blue Entertainment, along with Treehouse, Man of Action Entertainment and XYZ Films, which is also handling worldwide sales.

“I am very excited to be working with Chris again,” said Treehouse president Justin Nappi in a statement. “We both feel strongly that Anders has the depth and vision needed to bring the amazing story and characters of ‘I Kill Giants’ to life. As exemplified by his work in ‘Helium’ and ‘9 Meter,’ Anders has a unique understanding of children and their uncanny ability to face life’s most difficult challenges.”

Walter won an Academy Award in 2013 for Best Live Action Short for his film “Helium.” This will be his feature directorial debut.

The producers are currently casting, with production targeted for later this year.