Chris Cuomo opted to avoid any mention of the accusation that he sexually harassed a former ABC News producer 16 years ago on Friday’s episode of his CNN show. Instead, he breezed through an otherwise ordinary run-down of the day’s events.

First, Cuomo kicked things off with a look at the Arizona election audit debacle. Next, he spent nearly 8 minutes on missing white woman news, talking about the manhunt for Brian Laundrie, the man wanted for the murder of Gabby Petito. After that, a discussion of breakthrough infections of COVID-19, inspired by the news that two members of “The View” tested positive for the virus this week. Then it was several minutes talking about the Republican-driven lie that Joe Biden didn’t win the 2020 election, followed by a look at the story of missing geologist Daniel Robinson. and that’s it.

So if you were wondering if he would bring up that, in a Friday Morning NYT op-ed entitled “Chris Cuomo Sexually Harassed Me. I Hope He’ll Use His Power to Make Change,” former ABC producer Shelly Ross described a 2005 encounter at a work party during which Cuomo groped her buttocks, the answer is no. 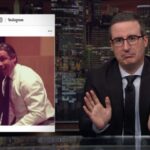 Shortly after that incident, Cuomo and Ross exchanged emails in which Cuomo admitted the conduct was inappropriate and apologized to Ross, but he also denied it was sexual in nature.

It’s just one of several reputational black eyes Cuomo has received of late. Most notably, “Cuomo Prime Time” ratings tanked in the weeks after his brother, Andrew Cuomo, resigned as New York Governor after spending months trying to ride out the scandal of multiple sexual harassment accusations.

This was in large part because of the revelations that Chris Cuomo had been advising his brother behind the scenes for months — initially without having disclosed this fact to his bosses at CNN or his viewers. Though he did recuse himself from covering the story at all in March, after the accusations erupted into a full blown scandal.