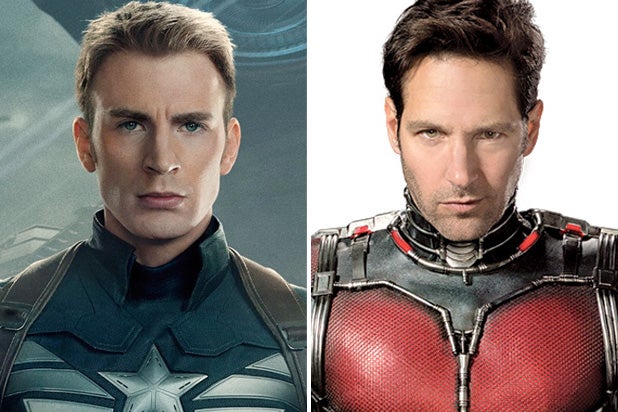 Fox News anchor Shannon Bream took to Twitter on Sunday evening to make an appeal on behalf of a gravely ill boy who said his last wish was to meet one of the Avengers.

And within hours, “Captain America” star Chris Evans, “Ant-Man” actor Paul Rudd and other big-screen superheroes answered the call and contributed videos for the boy, whose name is Emilio.

“His uncle sat next to me on a flight a few weeks ago,” Bream told TheWrap on Monday. “He reached out yesterday, and I don’t really have Hollywood friends but I said I’d give it a try. I sent the tweet and said a prayer.”

Bream, who did who did not provide other details about Emilio’s location or condition, got an almost immediate response to her tweet.

“We got videos from Paul Rudd and Chris Evans to the boy,” Bream told TheWrap, who credited CNN anchor Jake Tapper for helping to make it all happen.

“Jake is friends with Rudd and that really got the ball rolling. That — in addition to all the kind RTs — got the attention of the others,” she said. “I’m still going through tweets this morning and finding others offering to get involved.”

Rudd and Evans were not the only Marvel universe stars to respond to Bream. Ryan Reynolds, the star of the R-rated “Deadpool” superhero franchise, also offered his services: “I’m more of a ‘Reserve Avenger’. But happy to help.”

Also Read: Chris Evans Hints That He Is Done as Captain America After 'Avengers 4'

Need your help Twitterverse – trying to help a young boy who is dying. He probably has just days and all he want is a greeting from one of the Avengers. If you have a celeb connection, please let me know. Otherwise, could you help out with a RT? Thank you in advance!

I’m more of a “Reserve Avenger”. But happy to help. DM me.

Happy to! DM me

Let me see what I can do!

I’m not technically an Avenger, but I’d be happy to record a video for the little man and do my best impressions of @ChrisEvans @prattprattpratt @chrishemsworth or any other Chris if necessary. ???? Where can I/we send these messages, and what’s his name?! https://t.co/jBTOepXzOf

“Thank you, EVERYONE! Major progress has been made because of you. A special assist coming in from @jaketapper ??’????? I guess Twitter can be full of love when someone really needs it,” Bream tweeted.

Thank you, EVERYONE! Major progress has been made because of you. A special assist coming in from @jaketapper ???????? I guess Twitter can be full of love when someone really needs it. https://t.co/9tdQMdCGDB