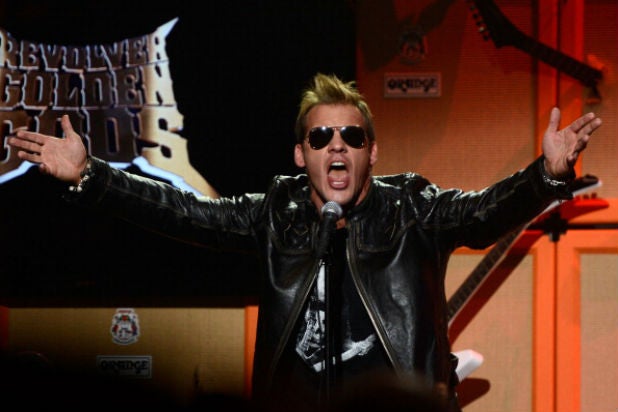 “It’s a whole new style of ‘Tough Enough,'” Jericho told TheWrap in an interview. “It’s going to be more like ‘The Voice’ where you have mentors and panelists and that sort of thing…I’ll be more of like a Nick Cannon, Ryan Seacrest-type of a host.”

Jericho will join the panel of judges comprised of Hulk Hogan, Daniel Bryan and WWE Diva Paige for the series when it premieres live on Tuesday, June 23 at 8 p.m. ET/5 p.m. PT on USA Network.

The show follows WWE hopefuls who compete for the opportunity to become the next WWE Superstar or Diva. It includes live results every week and gives fans the power to decide who stays and who goes on the same night. Each week, one cast member will be eliminated until one man and one woman are considered “Tough Enough,” and earn a one-year, $250,000 WWE contract.

“These athletes, each with varying skill sets, will be put through a grueling boot camp that will test their physical, mental and emotional limits in a way that the series hasn’t done before,” Jessica Sebastian, Vice President of Unscripted Series, USA Network, said. “Each week, their training and experience culminates in a spectacular live event where they will be put in front of their WWE heroes and an audience of fans. In this reimagined version of ‘WWE Tough Enough,’ only the best will survive.”

“This season of ‘WWE Tough Enough’ will be the most innovative, unique and engaging series on television,” Kevin Dunn, WWE Executive Producer continued. “A live global telecast, real-time voting with immediate results, and unprecedented use of digital and social media during and between telecasts will all lead to a groundbreaking viewing experience.”

Also Read: WWE Super Fan Connor 'The Crusher' Michalek to Be Inducted Into Hall of Fame