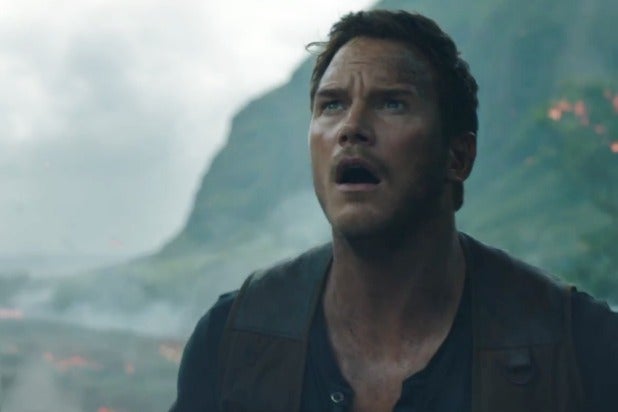 Marvel executives trying to get in touch with “Guardians of the Galaxy” star Chris Pratt should probably send their emails again. In an Instagram story Thursday, Pratt said he was trying to slim down his inbox by reading or deleting at least 1,000 emails per day, but the email-deleting software he used instead wiped roughly 51,000 unread emails from his inbox.

“So yesterday my son was playing with my phone and he gasped in shock looking at the number of unread emails that I had,” Pratt said. “It’s a lot. I get it, I know, It’s mostly junk. See, what I do is I sign up for everything…. I’m one of those idiots who will do an IQ test and be like, ‘Want to take an IQ test? Give me your email.’ And then I do, which proves my IQ is about 7 and I just get junk from everyone and I just don’t erase it.”

Pratt added, “I also just want to apologize because there’s a lot of emails in there where I just spaced out and didn’t get back to you.”

The actor, who was shooting “Jurassic World: Dominion” when the pandemic shut down production, figured that the best way to clean out his inbox was to use a software program for mass-deleting files, though Pratt did not specify which one. He said he tried to delete one unread email, but ended up wiping almost all of them.

“So I’m trying not to panic. I think I just tried something to delete anything unread and it just deleted them… and now, I’m like, ‘Oh no. I needed to read them.’ I don’t know where they went,” Pratt told his Instagram followers. He tried to stop the deletion process but apparently couldn’t control the software.

“What did I do, it’s just deleting them all; all my email,” Pratt said. “Oh, my God. This could be a real nightmare. Now my battery’s dying. I think (it) got them all…”

The “Parks and Recreation” alum concluded his message by asking anyone who tried reaching him via email to resend their messages so he could hopefully view them the second time around.

“If I owe you an email, you might want to follow up on that. Resubmit, perhaps, the email and then I’ll read it because it may have just gotten deleted. Yeah, 51,000 messages are in the trash. Oh, f—,” Pratt said.

Chris Pratt: I’m going to respond to all my unread emails