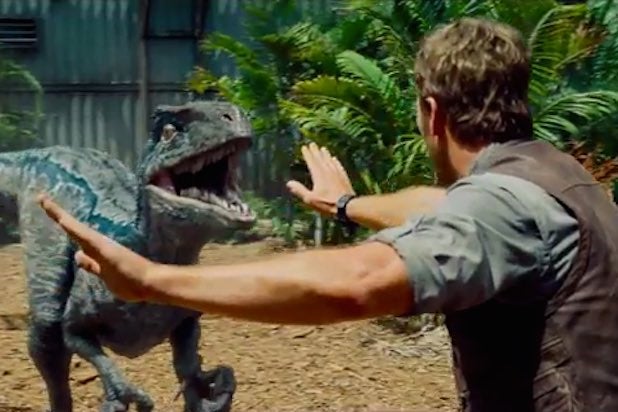 Chris Pratt has inspired not only moviegoers, but also zookeepers around the world.

Fans of the summer blockbuster “Jurassic World” have begun posting pictures of themselves emulating Pratt’s (as Owen Grady, a Velociraptor expert and trainer) ability in the movie to control raptors.

The hashtag #JurassicZoo sees people asserting their dominance over such ferocious beasts as walruses, chickens, and what even looks like stuffed Hello Kitty dolls.

Pratt’s influence also inspired Marvel head Kevin Feige to tweet a picture of Pratt riding a T-Rex, which was toting the hammer of Thor, to congratulate “Jurassic World” for breaking the weekend domestic box office record previously held by “The Avengers.”