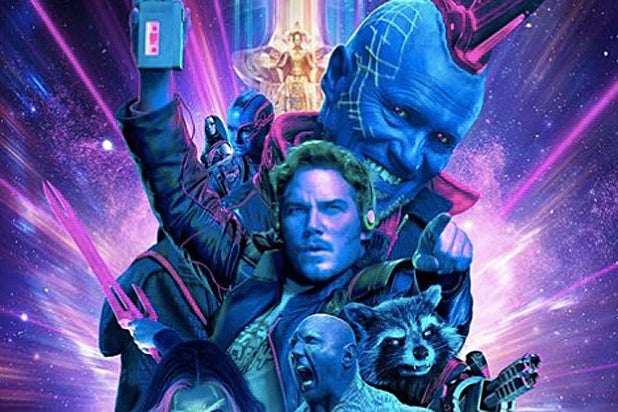 The Marvel Comics actor had very high praise for the superhero sequel that he stars in, telling his Facebook followers that it’s the best thing … EVER.

“On May 5th the greatest movie in the history of movies is coming. There has never been and will never again be a movie like this. Seriously,” Pratt wrote in his gushing Facebook post.

“Ever heard of ‘Citizen Kane’? We’re much better. Seriously. Our movie just tested at over one million points. Rotten tomatoes already has it at 234 percent fresh.

“#GotGVol2 will win every movie award AND about 39 Olympic gold medals in swimming, gymnastics, the skiiing event with the gun, x games, snowmobiling and everything. It will win the World Cup and about 7 super bowl rings, sorry TOM Brady,” he said.

Pratt went on to promise that writer-director James Gunn will be elected president of the world and the faces of the Guardians will be immortalized on Mount Rushmore, “for sure.”

Oh, and the sequel to the 2014 sci-fi hit will also stop global warming and bring the dinosaurs back to life. NBD.

“Which unlike some movies might tell you, is actually a really good thing. Because they won’t flip out and kill people instead they’ll be your awesome pets,” Pratt said, before signing off as his character, Starlord.

Read the full Facebook post below, and find out if Pratt’s latest movie lives up to his mighty expectations on when “Guardians 2” hits theaters on May 5.