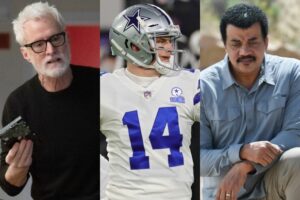 Christine Simmons, the COO of the AMPAS, isn’t letting her organization forget about 2016’s #OscarsSoWhite, which actually predated her tenure. These days she wants to “institutionalize the good” as much as eliminate the “institutionalized oppression.”

Simmons, who was part of a five-woman panel focused on “Redefining Corporate Culture” at TheWrap’s Power Women Summit, has more than just the chief operating officer initials on her office door at the Academy of Motion Picture Arts and Sciences. She also oversees the office of representation, inclusion and equity — a role she takes just as seriously as the one that facilitates the Academy Awards.

“Just as important as it is to put on that show, it’s just as important that there’s representation,” Simmons told moderator Nina Shaw, who is the founder of the Hollywood Commission on Eliminating Sexual Harassment and Advancing Equality. “It’s a business imperative.”

Also Read: TV Showrunners on How to Solve Hollywood's Gatekeeper Problem: 'We All Have to Make an OnlyFans Now' (Video)

That sentiment was echoed by female leaders of other major Hollywood organizations.