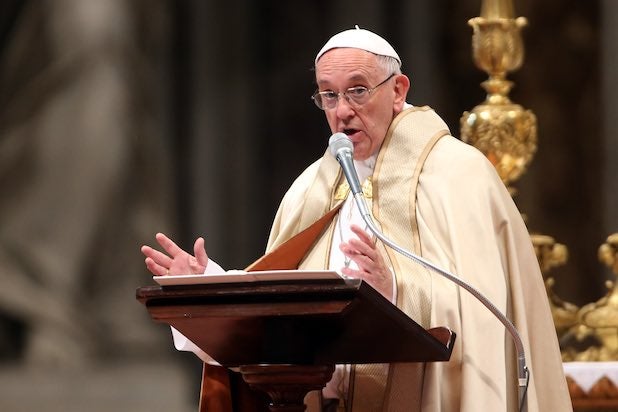 Pope Francis wants Christians to remember the true meaning of Christmas, which he said Saturday he believes has been taken “hostage” by commerce.

Reuters reported during his annual Christmas Eve homily, to roughly 10,000 people attending mass at St. Peter’s Basilica in Rome’s Vatican City, that the Pope thinks the wealthy are entirely too worried about gifts, and don’t care about the poor.

“Jesus was born rejected by some and regarded by many others with indifference,” he said. “Today also the same indifference can exist, when Christmas becomes a feast where the protagonists are ourselves, rather than Jesus; when the lights of commerce cast the light of God into the shadows; when we are concerned for gifts, but cold toward those who are marginalized.”

“This worldliness has taken Christmas hostage,” he added. “It needs to be freed.”

He said those of us living in parts of the world where we can afford to care about giving and receiving gifts — instead of, you know, what the Christian holiday is actually supposed to be about — need a reminder that Christmas is about humility, simplicity and mystery.

“If we want to celebrate Christmas authentically, we need to contemplate this sign: the fragile simplicity of a small newborn, the meekness of where he lies, the tender affection of the swaddling clothes. God is there,” the Pope said.

Also Read: Trump 2016 Leaves a Democracy on Verge of a Nervous Breakdown

That newborn, he said, should make us more empathetic to the struggle of the poor.

“Let us also allow ourselves to be challenged by the children of today’s world, who are not lying in a cot caressed with the affection of a mother and father, but rather suffer the squalid mangers that devour dignity: hiding underground to escape bombardment, on the pavements of a large city, at the bottom of a boat over-laden with immigrants,” he said.