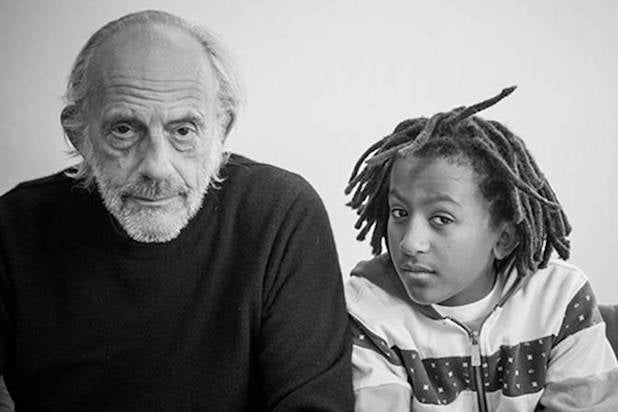 Richard Bosner, who served as line producer on Sundance award winner “Fruitvale Station,” will produce the “Boat Builder,” which starts production next week in the San Francisco area. Principal photography is expected to last one month.

“The Boat Builder” is a family-friendly film that stars Lloyd as Abner, a one-time Merchant Marine captain who in the twilight of his years and against the wishes of his daughter (Kaczmarek), endeavors to construct a seaworthy vessel in his oceanfront yard. Abner’s scheme is complicated when he’s befriended by Rick (Cornetet), a bright, inquisitive child in a difficult foster situation.

“The fully-realized characters Arnold created for ‘The Boat Builder’ have attracted an outstanding cast and crew to what has become among all of us a highly anticipated voyage,” said Bosner.

“I am honored by this chance to work with Christopher Lloyd and the incomparable Jane Kaczmarek, and excited to introduce the magical young actor Tekola Cornetet,” added Grossman.

Best known for his work in the hit “Back to the Future” franchise and the classic TV comedy “Taxi,” Lloyd recently earned strong reviews for playing dual roles in last year’s Classic Stage Company production of Bertolt Brecht’s “The Caucasian Chalk Circle.”

Kaczmarek, who earned multiple Golden Globe and Emmy nominations for her work on “Malcolm in the Middle,” recently appeared on USA’s “Playing House.”

“The Boat Builder” will serve as the first feature by writer-director Grossman, who once wrote an episode of “The Love Boat.” He spent his early career writing and producing TV spots for such Democratic candidates as Pat Schroeder, Gary Hart and Leon Panetta. He also authored or co-authored four novels and one nonfiction book on subjects ranging from the romantic Los Angeles comedy “Going Together” to the deadly serious “One Nation Under Guns.”

Grossman has also written two plays, both of which were staged at Denver’s Industrial Arts Theater Company. It was one of those, “The Little Bastard,” that provided an early blueprint for “The Boat Builder.”