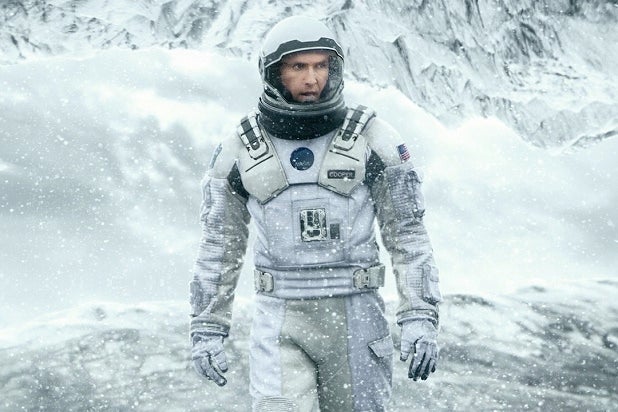 Christopher Nolan‘s “Interstellar” hit the stratosphere at the overseas box office this weekend, taking in $106 million from 63 foreign markets.

That lifts the international total for the Matthew McConaughey space epic to $224 million. That’s 13 percent ahead of Nolan’s “Inception” and six percent ahead of “Gravity” in the same markets at the same point in their release cycles. With its $98.7 million domestic total, the global haul for “Interstellar” is at $321 million after two weeks.

A $42 million debut in China was the highlight. That marks the biggest opening for a Nolan film, ahead of “Inception” and “The Dark Knight Rises.” And it’s the best 2D opening ever in that market for Warner Bros., which is distributing overseas, and the studio’s second-best ever there behind the 3D “Pacific Rim.”

As they are domestically, IMAX theaters are a driving force abroad for “Interstellar.” The giant screens delivered $12.4 million this weekend, and have brought in more than $24 million so far.

DreamWorks Animation’s “The Penguins of Madagascar” opened in China ahead of its Nov. 26 debut in the United States. It finished with $11.3 million, for second place behind “Interstellar.”