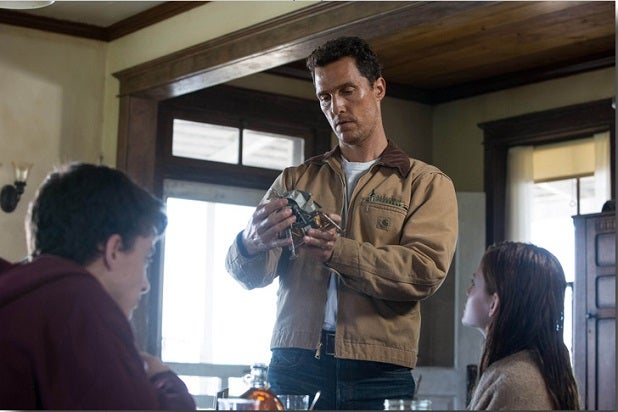 Christopher Nolan‘s “Interstellar” will blast off in IMAX theaters two days ahead of its wide release, co-producers Paramount and Warner Bros. said Wednesday.

The space epic will be released nationwide on Friday, Nov. 7.

Tickets went on sale Wednesday for the advance showings, which will be in more than 225 IMAX locations across the U.S. and Canada.

“Interstellar” was shot using a combination of 35mm anamorphic film and 65mm IMAX film to maximize the crispness and clarity of the images. The advance engagements will highlight those formats and should build the film’s buzz, which is considerable already.

Matthew McConaughey, Anne Hathaway, Jessica Chastain and Michael Caine star in “Interstellar,” which follows a group explorers who find a “wormhole” in space which opens up new worlds. Nolan directs, wrote the screenplay with Jonathan Nolan and produces along with Emma Thomas and Lynda Obst.

Paramount is distributing the film domestically while Warner Bros. is handing it overseas.