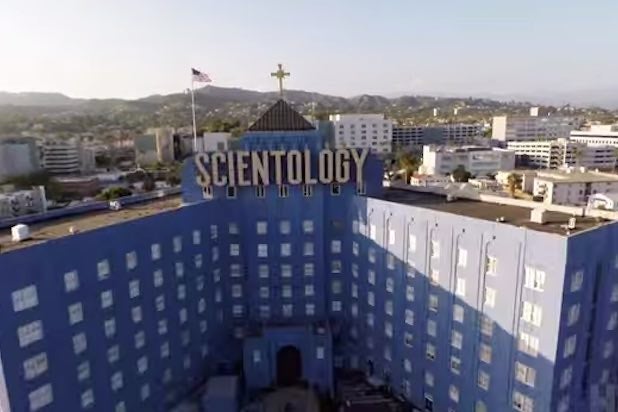 The Church of Scientology has fired back at “Going Clear: Scientology and The Prison of Belief,” s explosive documentary which takes an inside look at the religion and its deep ties to Hollywood. The film which debuted at the Sundance Film Festival in January, premiered Sunday night on HBO.

TheWrap published an interview with Gibney about the film, wherein he said that former Scientologists and subjects of the documentary have been threatened with physical harm and financial ruin since the film started making the rounds.

“Most of the real vitriol is for the people who were in the film,” Gibney told TheWrap. “They’ve received threats of physical harm, threats of having their homes taken away, threats of being forced into bankruptcy. They’re being followed by private eyes and surveilled.”

In a lengthy response to Gibney’s remarks issued to TheWrap, a Scientology spokesperson addressed multiple claims. Read the statement in its entirety:

Alex Gibney is proving to be exactly like the sources in his film–no accusation is too irresponsible to make. It doesn’t matter if he lacks corroboration and proof, it’s all about promoting his movie.

Each and every one of the allegations in your questions is absolutely false and rejected. Alex Gibney is getting desperate and is now resorting to ludicrous, made-up claims. The Wrap should ask him for his proof.

First, there has not been one physical or financial threat of harm from the Church to anyone. These are more lies from the same admitted liars who Gibney glorifies in his film.

Second, I have in my hands court records where Monique Rathbun stated under oath that she has no idea who sent those items to her at her office. She also conceded she had no evidence and had made the allegations against the Church without specific or direct evidence. In other words, court records contradict the accusation Alex Gibney made, which is exactly what he did during the entire making of this film – ignore facts and court records. There are countless more examples if you are interested.

Finally, as for Spanky Taylor the Church has not made one threat against her. Again that is made-up garbage.

What the Church has done is issued the truth on these individuals to counter-act their lies. You can see them here:

Because Alex Gibney ran from any facts that got in the way of his preconceived story line and ignored all our efforts to communicate (over 40 letters and 25 people who requested to meet with Mr. Gibney), we have compiled the unvarnished truth in the form of video footage, court documents, publicly available records and testimonials by pertinent individuals and parishioners worldwide who do represent Scientology, and were intentionally ignored by Mr. Gibney and HBO. All of it 100% accurate. Alex Gibney spins this as “smears.” We call it the truth he ignored. These you can see at http://www.freedommag.org/hbo/

You also should definitely provide readers with this link and you are welcome to use any of the material. I particularly call your attention to: http://www.freedommag.org/hbo/videos/exterminating-gibneys-propaganda.html

Rather than print the usual “denies the allegation” you should circle back with Gibney and ask him for proof. And ask him to explain why he would make such an accusation when Monique Rathbun’s testimony contradicts it.

If you ever want to know about Scientology, look at our website at www.Scientology.org. The information is right there. We are busy trying to help people. We spend every waking minute working to get people off drugs and assist them to lead healthier, happier more productive lives.

TheWrap sent the church’s response to Gibney, who replied: “The church claims it is innocent of all misdeeds. How credible does that sound?”

The film generated massive buzz at Sundance, resurfacing the most damaging accusations against the religion such as an alleged campaign to break up Cruise’s marriage to

Since the defection from the church in recent years by nvestigative work, including the book by Lawrence Wright on which the film is based, the worst of Scientology has already gone public.

Also Read: HBO’s Scientology Documentary ‘Going Clear’ Trailer: ‘They Sell It All in the Beginning as Something Quite Logical’ (Video)