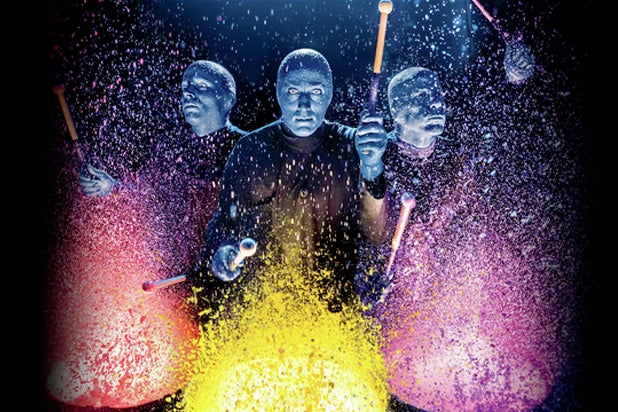 The deal is worth tens of millions of dollars and part of a major expansion move by the private equity-backed Cirque. “Our strategy for the future is very, very clear,” Cirque CEO Daniel Lamarre told Bloomberg. “We want to become a leader, global leader, of live entertainment.”

The troupe has held a bizarro grip on pop culture for decades, even crossing media when David Cross’ character on “Arrested Development” becomes obsessed with the show and auditions to become an understudy.

The acquisition will expand the reach of Cirque, which currently mounts 18 shows worldwide and has been looking to diversify since the Texas-based TPG bought a majority stake in the company in 2015. The company earned roughly $1 billion in revenue last year, according to the New York Times.

The Chinese investment company Fosun owns a minority stake in Cirque, and Lamarre told the New York Times that Cirque is looking East to expand its empire — where the Blue Man Group’s dialogue-free acts might help to bridge the language barrier.