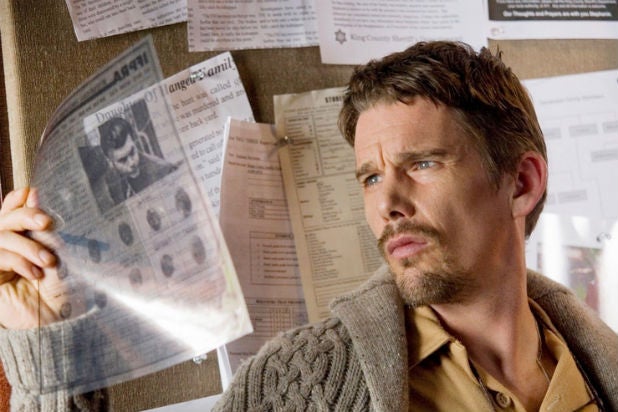 After making his directorial debut with the well-reviewed genre movie “Citadel,” Ciaran Foy has been tapped to direct horror sequel “Sinister 2” for Jason Blum‘s Blumhouse and Entertainment One, it was announced Thursday.

Scott Derrickson, the director of “Sinister,” announced Foy’s hiring on Twitter. Derrickson is writing the script with C. Robert Cargill, a former Ain’t It Cool News contributor who co-wrote the original micro-budget hit with the director.

“Sinister 2” will start production this July.

Blumhouse principal Jason Blum will produce with Derrickson, while Brian Kavanaugh-Jones and Charles Layton will executive produce with Xavier Marchand and Patrice Théroux of eOne, which is financing the sequel.

Blumhouse International is handling foreign sales, and the company has a worldwide distribution and servicing deal with IM Global.

“Official Sinister 2 news! The screenplay written by me & @massawyrm, will be directed by the very talented Ciaran Foy. I will be producing along with Jason Blum @blumhouse,” Derrickson tweeted.

The original film grossed over $87m worldwide on just a $3m budget. Foy is a strong choice for the sequel, as “Citadel” won the Midnighter Audience Award at the 2012 SXSW Film Festival.

Foy is repped by UTA and Independent in the UK.