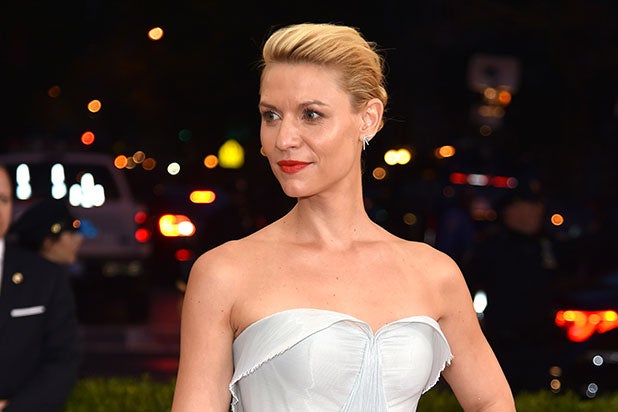 The “Homeland” actress shined on the red carpet of Anna Wintour’s annual event in her fairytale dress. The dress glowed in the dark, which Danes matched with a simple up-do and classic red lips.

Fans went wild for the dress, with many tweeting that Danes had “won” the gala.

See picture of the stunning dress below.

See what stars are wearing this year for the “Manus x Machina: Fashion in an Age of Technology” theme at Anna Wintour’s annual museum fundraiser

Silver and metallics lit up the red carpet for the "Manus x Machina: Fashion in an Age of Technology" themed fashion extravaganza.