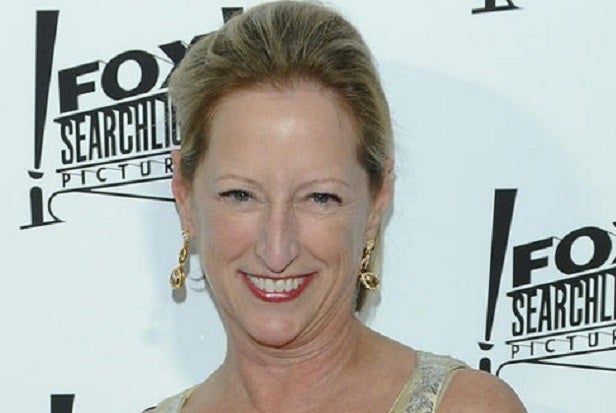 After 21 years at Fox Searchlight, Claudia Lewis is set to step down as the studio’s president of production on May 23, it was announced Tuesday by Fox Searchlight presidents Nancy Utley and Stephen Gilula.

Lewis has led the studio’s production activities since 2006. Insiders say she recently accepted a buyout offer, though Lewis and Fox Searchlight executives did not respond to several requests for comment on Tuesday afternoon.

“We are grateful for Claudia’s pioneering role as one of Searchlight’s first executives and her tireless efforts making Fox Searchlight a powerhouse in independent film,” Gilula and Utley said in a joint statement. “Her leadership over the last two decades has resulted in a track record of success including films such as ‘Birdman,’ ‘Wild,’ ‘Black Swan,’ ‘The Best Exotic Marigold Hotel,’ ‘Juno’ and the company’s first ever Best Picture nominee ‘The Full Monty.’ Claudia’s keen insight and creativity will surely be missed. We wish her all the success in the world in the next phase of her career.”

“I’ve cherished my years at Fox Searchlight and couldn’t be more proud of the films we have nurtured and the extraordinary filmmakers with whom we have worked,” said Lewis. “I’m honored to have made films with artists like Alexander Payne, Danny Boyle, Darren Aronofsky, Alejandro Gonzalez Inarritu, Jonathan Dayton and Valerie Faris, Jason Reitman, Jim Sheridan, Marc Webb, Jean-Marc Vallée and countless other filmmakers from a global community of international independent filmmakers. It has been particularly gratifying to work with both seasoned auteurs and vibrant young directors making their first films at a Hollywood studio. I’m now excited to make a change, and to challenge myself and my creative instincts with a new chapter in my career. I’m also thrilled to have hired and mentored a wonderful team at Searchlight who will maintain our commitment to distinctive auteur filmmaking.”

Lewis was appointed Fox Searchlight’s president of production in January 2006. An executive at the specialty arm since its inception in 1995, Lewis’ most recent productions include Marc Webb‘s “Gifted” and Craig Johnson’s “Wilson” and “Absolutely Fabulous: The Movie,” while Jonathan Dayton and Valerie Faris‘ “Battle of the Sexes” and Martin McDonagh‘s “Three Billboards Outside Ebbing, Missouri” are currently in pre-production.

Lewis also oversaw the production of other Oscar-nominated films including “Notes on a Scandal,” “Sideways,” “Kinsey,” “In America,” “Sexy Beast” and “The Full Monty.”

Prior to joining Fox Searchlight, Lewis worked as a producer with Addis Wechsler, and was VP of production at Avenue Pictures, where she oversaw production of the Oscar-nominated “The Player” and Gus Van Sant‘s “Drugstore Cowboy.” She began her entertainment career as a story analyst.

Searchlight won the past two Best Picture Oscars with 2013’s “12 Years a Slave” and 2014’s “Birdman,” while “Brooklyn” is nominated this year. While “The Second Best Exotic Marigold Hotel” was among the highest-grossing specialty films in 2015, the company has seen several recent releases under-perform including “Far From the Madding Crowd,” “Me and Earl and Dying Girl,” “True Story,” “He Named Me Malala,” “Mistress America” and “Youth.”