Cleveland Browns rookie quarterback Baker Mayfield has teamed up with media company Barstool Sports for a campaign to raise money for the Special Olympics through the sale of a rotating line of merchandise featuring his image, it was announced Wednesday.

“I am excited to announce my collaboration with Barstool Sports and our partnership with Special Olympics, 100 percent of net proceeds from this campaign will be donated to Special Olympics Ohio. It is an honor to raise money for such a powerful cause as this,” Mayfield said in a statement to TheWrap.

“Working with aspiring athletes and focusing on their abilities is one of the most fulfilling things for me because I remember what it was like to be around athletes I admired while growing up. Sometimes it is easy to forget that we are just normal people. Having the opportunity to partner with a group that empowers and celebrates inclusion the way Special Olympics does is humbling and exciting to say the least,” he added.

The merchandise will be sold on BarstoolSports.com, with all of the net proceeds donated to Special Olympics Ohio.

News of the partnership was first announced on Barstool Sports’ “Pardon My Take” podcast on Wednesday. 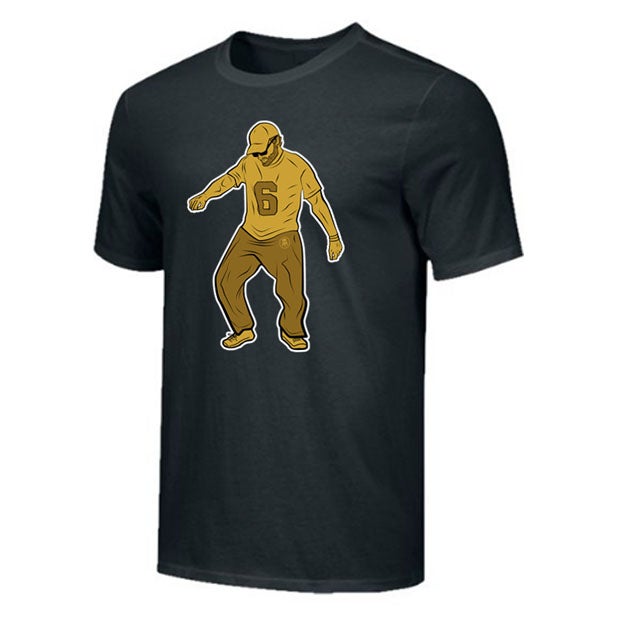 Originally from Austin, Texas, Mayfield was drafted out of the University of Oklahoma with the first overall pick in the 2018 NFL Draft.

The Special Olympics is a global movement using the power of sports to empower individuals with intellectual disabilities that was founded by Eunice Kennedy Shriver in 1968.