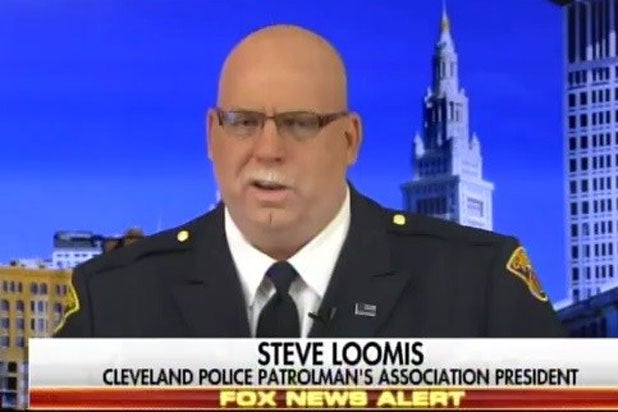 The head of Cleveland’s police union has asked Ohio Gov. John Kasich to declare a state of emergency as well as suspend the state’s open-carry law during this week’s Republican National Convention.

According to a WJW report on Sunday, Cleveland Police Patrolmen’s Association president Steve Loomis said lawyers are drafting the request for submission to the governor’s office.

“I don’t care what the legal precedent is, I feel strongly that leadership needs to stand up and defend these police officers,” Loomis told Reuters.

According to Cleveland.com, under Ohio law a state of emergency must be declared in order to empower the governor to suspend Cuyahoga County’s open-carry firearm statute. Weapons are only currently banned in and around Quicken Loans Arena, site of the RNC.

Kasich has reportedly already denied the request. “Ohio governors do not have the power to arbitrarily suspend federal and state constitutional rights or state laws as suggested,” he said in a statement.

Loomis’ request came after he said President Obama has “blood on his hands,” following the deaths of three officers in Baton Rouge on Sunday.

“The President of the United States validated the false narrative and the nonsense that Black Lives Matter and the media are pressing out to the public, validated it with his very divisive statements, and now we see an escalation,” he told Fox News.

“The President of the United States has blood on his hands and it will not be able to become washed off.”

The RNC kicks off tomorrow and will run through Thursday.