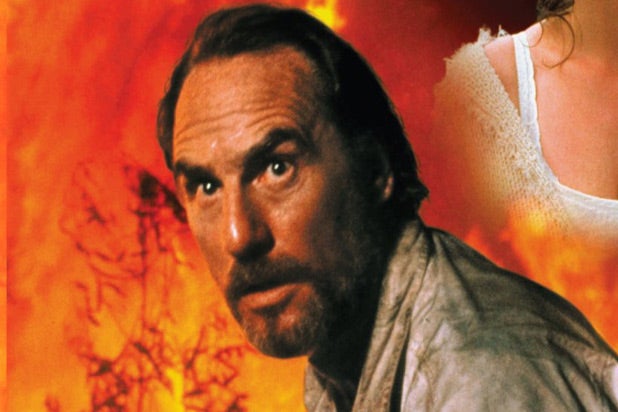 As the Paris climate talks, dubbed COP21, heat up over the coming days, it’s worth taking a moment to look back at a made-for-TV drama about climate change and global warming that aired on CBS in 1993. Titled “The Fire Next Time,” the two-part movie aired on American airwaves more than 20 years ago, and it has been mostly forgotten by climate activists in Hollywood and elsewhere.

Back then, CBS went the extra mile on climate change, depicting a family (headed by Bonnie Bedelia and Craig T. Nelson) struggling in a world with widespread drought, floods and hurricanes. “The Fire Next Time” is now available on DVD and well worth watching as we segue into what will surely be the trying times of 2016, and especially now as headlines about the current COP21 meeting play out worldwide.

James Henerson, who penned 30 episodes of “I Dream of Jeanie” earlier in his long Hollywood career, wrote the two-part TV movie and paved a path that very few TV networks have followed since.

In the movie, the main characters even watch a televised interview with a scientist that is remarkably prescient:

Host: ”Hurricane Rachel, which has devastated Southern Louisiana, Mississippi, and the coastline of Alabama, has once again focused attention on the global pattern caused by the greenhouse effect. Dr. Schneider?”

Schneider: ”Even though some people still won’t admit it, the effects of global warming have been with us for a long time. . . Had the global community taken concerted action 25 years ago, much of this might have been mitigated.”

It’s hard to imagine that despite this TV movie having aired in 1993, the Hollywood film and TV industry has more or less ignored the pressing climate change themes that we faced then — and even more so now.

One Hollywood producer who is standing up for more climate themes in American movies and TV shows is Marshall Herskovitz.

A climate activist himself, he has publicly lamented the fact that after a year of his trying to pitch a climate-change themed TV series to the networks, not one stdio was willing to greenlight a script he had written.

When asked why he faced resistance despite his track record, he told a reporter in Los Angeles: “They just weren’t interested.”

COP21 is here. Paris is on everyone’s minds, from Los Angeles to Cannes. As the world moves forward into 2016 and the next decade, we need more people like Herskovitz standing up for the climate fight and getting cli-fi movies made.

If CBS executives could air a powerful climate movie as such as “The Fire Next Time” in 1993, surely Hollywood movers and shakers can shake things up again. Time is running out.