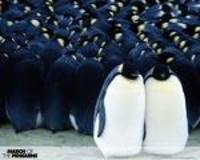 Time-Warner chief Jeff Bewkes seems to be doing what he can to kill off independent film. After liquidating New Line Cinema just a couple of months ago, this past week his mogul in training Jeff Robinov deep-sixed two more indie-flavored film units, Warner Independent Pictures and Picturehouse. Thus ends what was an ill-starred experiment for the majorest of the major studios, with Robinov, who heads the studio’s filmmaking operations, handing pink slips to another 75 people.

Picturehouse, born in 2005, was an act of hubris from the start, and won’t be much missed (with apols to Marion Cotillard, of “La Vie en Rose”). But “Warner Independent” was an even greater mystery – its very name an oxymoron. Why would the studio known for “Batman” and “Troy” and Joel Silver blowouts understand, or even want to understand, how to make small, quality films? At the time, the word was that Alan Horn, the studio’s president, wanted to attend the Oscars occasionally.

For a brief moment, under indie veteran Mark Gill, the label had a bit of credibility. It scored a couple of points, with “March of the Penguins,” and “Good Night and Good Luck.” The penguin movie proved the potential value of having non-mainstream thinking in the house; the documentary hit a cultural nerve and paved the way to Warner’s huge animated penguin hit the following year, “Happy Feet.”

But once Gill was bounced – not enough profit (shocker!) and insufficient kow-towing to Robinov – the jig was up. Executive Polly Cohen was brought in to bridge the cultural gap between Big Warner and teeny tiny WIP. Mission unaccomplished. Did anyone notice that Cohen managed to green light just one single picture in her two years there? That was last year’s documentary on Darfur, cofinanced with Jeff Skoll’s Participant, seen by 2.3 people (I made that up) and taking in $107,000 (that part’s true). Everything else the studio released was made elsewhere.

The bottom line was that – well, the bottom line wasn’t there. And Robinov, who never appreciated this bit of crabgrass on his manicured studio lawn, was just waiting for the chance to whack out the weeds. This he did with Hollywood tact. On Thursday, as he informed a 10 am staff meeting that the place they worked, and thus their jobs, were no more, the news release was already hitting the wires. The message to them, and to indie cinema: don’t let the door hit you on your way out.