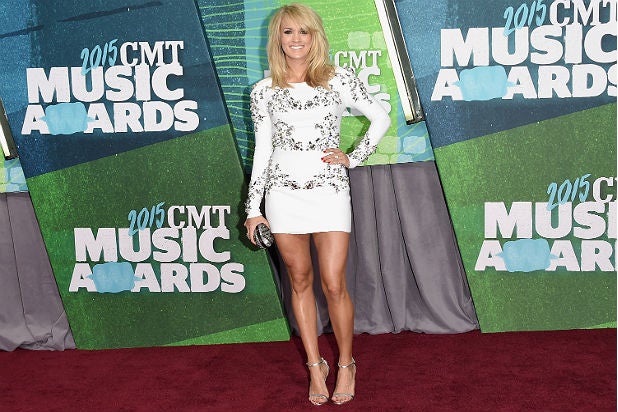 Celebrating a night of reality show winners and country music favorites, the awards were held in the heart of cowboy country at the Bridgestone Arena in Nashville, Tennessee, and aired on CMT.

Lady Antebellum and Kenny Chesney entered the night with four nominations each.

The “American Idol” alum was also among the stars performing at the awards. Others taking the stage were Keith Urban, Luke Bryan, Florida Georgia Line, Jason Aldean, Kenny Chesney and Lady Antebellum.

See the full list of nominees below, winners are in bold.