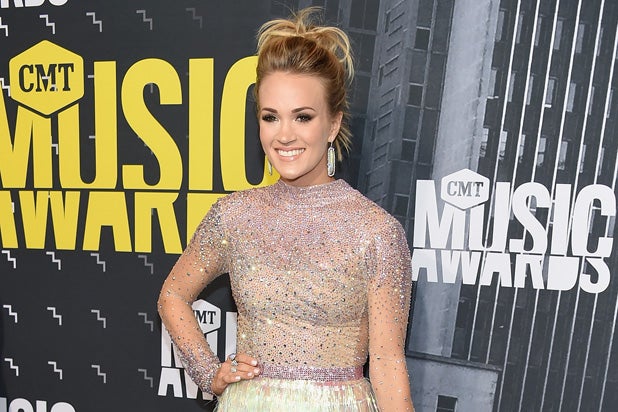 The biggest night in country music where fans get to vote for their favorite stars was back Wednesday, as the 2017 CMT Awards returned its Nashville, Tennessee, roots.

Carrie Underwood, Keith Urban and Florida Georgia Line were among the top nominees going in to the night, and they all took home awards.

The 2017 CMTs is hosted by “Nashville” star Charles Esten (after the drama moved from ABC to CMT last year) and featured performances by Thomas Rhett, Blake Shelton, Miranda Lambert, Brett Eldredge and many more.

Esten wasn’t the only TV star set to take the stage, as Ashton Kutcher, Jada Pinkett Smith and Rachel Bilson were among the presenters.

The show aired live from Nashville on CMT.

See the full list of 2017 CMT Awards nominees and winners (marked in bold) below.

Cole Swindell, “Middle of a Memory”

Thomas Rhett, “Star of the Show”

LoCash, “I Know Somebody”

Old Dominion, “Song for Another Time”

Breakthrough Video of the Year:
Brett Young, “In Case You Didn’t Know”

Jon Pardi, “Dirt on My Boots”

Florida Georgia Line feat. Tim McGraw, “May We All”

CMT Performance of the Year:
Jason Aldean, “Hicktown (from CMT Concert of the Summer)”

Jason Derulo and Luke Bryan, “Want to Want Me (from CMT Crossroads)” *(WINNER)

Meghan Trainor, Jill Scott and Kelsea Ballerini, “You’re Still the One / Any Man of Mine / Man! I Feel Like a Woman! (from CMT Artists of the Year)”