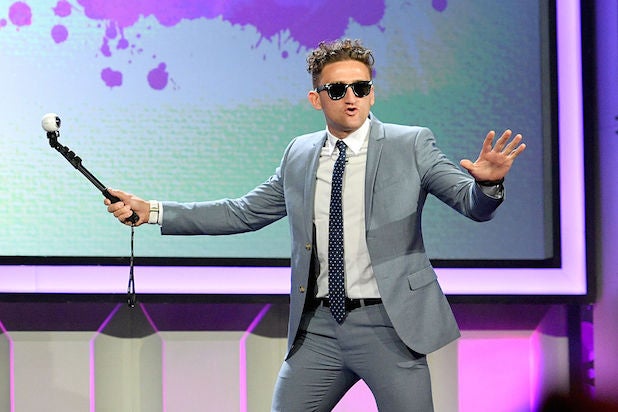 CNN’s attempt to rope in younger viewers looks like it was in vain.

The cable network is shuttering Beme, its video-sharing app from YouTube sensation Casey Neistat, less than two years after paying $25 million for it. Neistat, who specializes in viral clips, has raked in more than 2 billion views online. CNN was hoping he’d bring that digital magic to Beme, positioning it as a daily news outlet that would appeal to millennials and Gen Z’ers.

In his latest YouTube clip titled “Moving on from Beme,” Neistat said he wasn’t able to make that happen.

“Maybe I struggled more in that environment than I anticipated,” said Neistat.

CNN will look to reassign members of Beme’s 22-member team, but some will be laid off, according to BuzzFeed.

The 36-year-old was heralded as a gateway to a younger demo when CNN bought Beme in November 2016. After launching the year before, the app had flourished, with users uploading short videos to their profiles. Its success was largely boosted by the massive platform Neistat has, with more than 8.5 million YouTube subscribers. CNN President Jeff Zucker likened Beme to the network’s own version of Great Big Story, the youth-focused digital brand.

“Casey is someone I knew through my children,” said Zucker last year. “[Beme] is a way to attract an even younger audience than Great Big Story.”

Also Read: CNN Tweets Martin Luther King Was a Socialist 'Before It Was Cool,' Internet Freaks

But since falling under the CNN flag, Beme has sputtered, only sporadicly releasing content. Neistat told BuzzFeed his inability to get the app firing on all cylinders made him shift his attention back to his own YouTube page.

“I couldn’t find answers. I would sort of disappear, and I would hide, and I would make YouTube videos for my channel because at least I would be able yield something,” said Neistat.  “I don’t think I’m giving CNN what I want to give them, and I don’t think they’re getting value from me.”

Beme’s YouTube page will continue to be operated by Neistat, sans CNN.