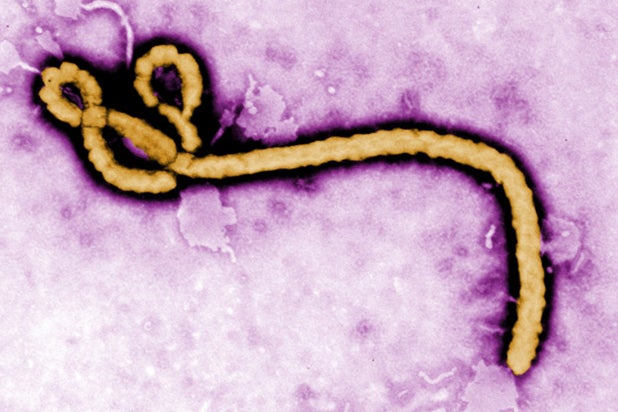 Update, Sunday at 1:38 p.m.: The Centers for Disease Control and Prevention confirmed Sunday afternoon that a nurse who helped treat a Dallas Ebola patient now has the disease. “Today, the Centers for Disease Control and Prevention (CDC) confirmed test results reported late last night by the Texas Department of State Health Services’ public health laboratory showing that a healthcare worker at Texas Presbyterian Hospital is positive for Ebola,” the CDC wrote in a statement posted on its website. “The healthcare worker, who provided care for the Dallas index patient, was isolated soon after symptoms started and remains so now.”

CNN, Fox News and MSNBC temporarily scrapped their normal Sunday morning coverage to carry live updates on Ebola, after a healthcare worker in Texas was diagnosed with the deadly virus in a preliminary test.

The unidentified female nurse came down with the illness after treating Thomas Eric Duncan, the first person diagnosed with Ebola in the United States, the Texas Department of State Health Services said in a statement posted on its website early Sunday.

“A health care worker at Texas Health Presbyterian Hospital who provided care for the Ebola patient hospitalized there has tested positive for Ebola in a preliminary test at the state public health laboratory in Austin,” the statement said. “Confirmatory testing will be conducted by the Centers for Disease Control and Prevention in Atlanta.”

The cable news networks all carried extensive coverage of the situation, including a live news conference with Dr. Tom Frieden, director of the Centers for Disease Control and Prevention in Atlanta.

The nurse was involved in Duncan’s second visit to Texas Health Presbyterian Hospital — after he was initially sent home. The medical worker had “extensive contact” on “multiple occasions” with Duncan, Frieden said.

She wore full protective gear including a gown, gloves, mask and shield, but “at some point, there was a breach in protocol, and that breach in protocol resulted in this infection,” Frieden told reporters. The nurse “was isolated after the initial report of a fever and remains so now. Confirmation testing at the Centers for Disease Control and Prevention’s laboratory is being done today,” the CDC wrote on its website.

The nurse, one of 50 people being monitored after having close contact with Duncan, is in stable condition, Texas health officials said.

Duncan died Wednesday in Dallas. He had traveled to Texas on Sept. 20, from his native Liberia to attend the high school graduation of his son.

Meantime on Saturday, the New Jersey Health Department issued a mandatory quarantine for NBC News crew members who were exposed to Ebola while on assignment in Liberia.

In a statement, the department said the quarantine order was made after the crew, which remains symptom free, violated its agreement to voluntarily quarantine themselves for 21 days.

“Before returning to the United States, the NBC crew made an agreement with the New Jersey Department of Health and local health officials to voluntarily self-confine themselves for the remainder of the 21 days following their low risk of exposure on October 1 to an individual who is being treated for Ebola,” the department said.

“Our team was deemed to be low risk, and agreed to follow guidelines set by local health authorities. We fully support those guidelines and continue to expect that they be followed,” NBC News said in a statement obtained by TheWrap. “Our team are all well with normal temperatures, which they check multiple times a day, and they are also in daily contact with local health officials.”

The NBC News crew, including medical correspondent Dr. Nancy Snyderman, worked with a freelance cameraman who contracted Ebola in Liberia — one of three West African countries at the center of the outbreak. That cameraman — Ashoka Mukpo — is being treated at the Nebraska Medical Center in Omaha.

More than 4,000 people have died from the Ebola epidemic, according to the World Health Organization.