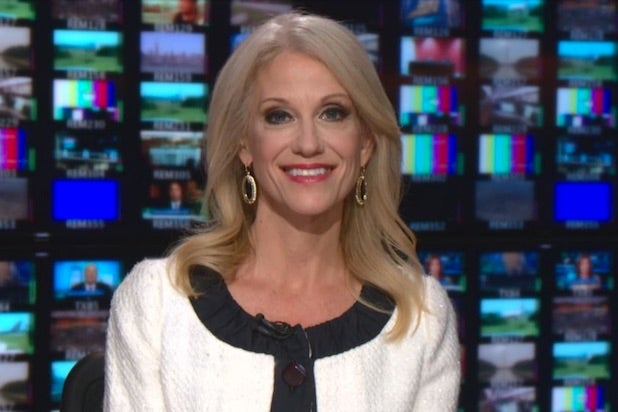 Donald Trump tries to discredit CNN every chance he gets these days, but the network’s social media team flipped the script on Friday, sending a message mocking senior Trump adviser Kellyanne Conway.

On Thursday night Conway told MSNBC’s “Hardball” that “two Iraqis came here to this country, were radicalized and they were the masterminds behind the Bowling Green massacre. Most people don’t know that because it didn’t get covered.”

There was no much massacre at the college and CNN decided to have some fun with Conway’s “alternative facts”:

Kellyanne Conway is right. We did not cover the Bowling Green massacre — because it never happened https://t.co/ROp7TQeEjj pic.twitter.com/WduiA3tJKx

Conway tweeted out an explanation and chalked it up to a mixup, citing a 2013 ABC story about how “several dozen suspected terrorist bombmakers” from Iraq were mistakenly allowed to come to the U.S. This was after a 2009 discovery that two al-Qaeda terrorists from Iraq were living as refugees in Bowling Green, Kentucky.

Conway was roundly mocked on Thursday for her reference to “the massacre,” with one person joking online, “Who taught Kellyanne Conway history, Betsy DeVos?”

“I bet it’s brand new information to people that President Obama had a six-month ban on the Iraqi refugee program,” Conway told Matthews before falsely citing the “massacre.”

Trump and members of his team have been increasingly combative with members of the press, referring to CNN as “fake news” and labeling mainstream media as “the opposition party.”

It’s no wonder Jeff Zucker’s network is having a little fun at the expense of POTUS and his people.