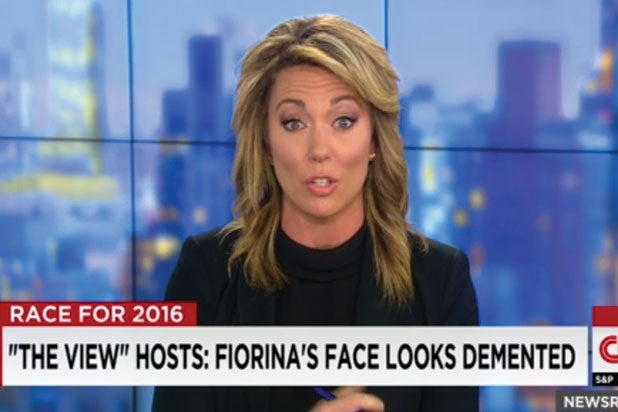 “Ladies, come on!” Baldwin said on the air Thursday. “Double standard much?”

“Why do we have to talk about her looks? Because she’s a woman?” Baldwin continued. “All this yapping about women and their appearances, all I’m saying is we woman can be the worst to one another.”

The TV journalist was frustrated because Behar called out Trump for mocking the former Hewlett-Packard CEO for her appearance.

“Look at that face!” he said. “Would anyone vote for that? Can you imagine that, the face of our next president?!… I mean, she’s a woman, and I’m not supposed to say bad things, but really, folks, come on. Are we serious?”

“We can do better than that,” Baldwin added, which she also later tweeted.