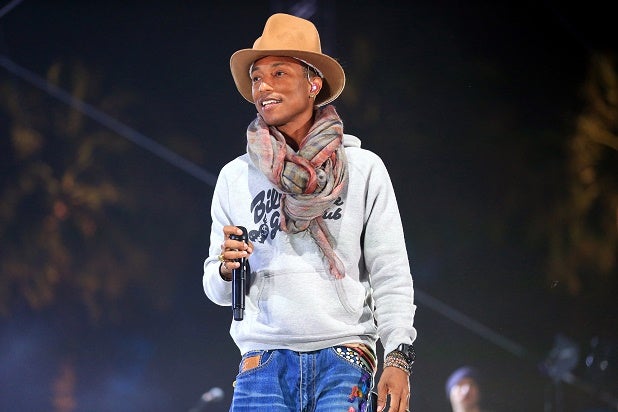 Pharrell Williams turned up the heat Saturday at the Coachella Music Festival by performing a string of hits with help from his famous friends.

The N.E.R.D member and one half of the producing duo The Neptunes kicked off his 60 minute set with the Daft Punk collaboration “Lose Yourself to Dance.”

A short time later, Williams told the crowd he wanted to take them back and was joined on stage by hip-hop star Nelly, for a performance of the 2002 single “Hot in Herre,” which The Neptunes co-wrote and produced.

Watch the video of Pharrell’s full set below: