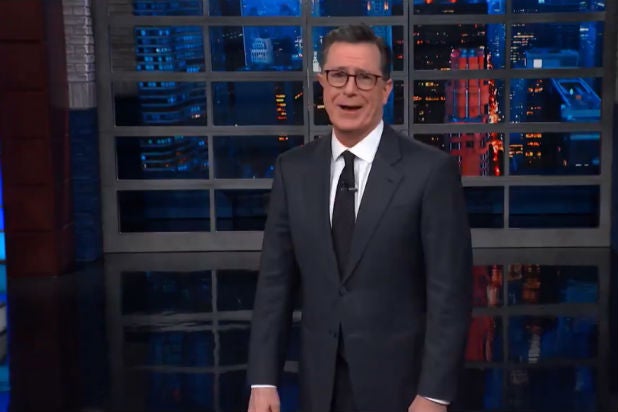 Stephen Colbert on Tuesday called out President Trump’s tweet announcing that he donated $100,000 from his presidential salary to the Department of Homeland Security while noting “the press doesn’t like writing about it.”

“You can’t say you don’t care if anybody know about it and the same time, announce it to the world on Twitter,” Colbert said during his monologue on Tuesday’s “The Late Show.” “That’s like naming a building ‘The Anonymously Donated by the Great & Charitable Donald J. Trump Hospital.'”

Earlier this week, Trump announced that he donates his presidential salary to various government agencies.

On Tuesday, Trump tweeted: “While the press doesn’t like writing about it, nor do I need them to, I donate my yearly Presidential salary of $400,000.00 to different agencies throughout the year, this to Homeland Security. If I didn’t do it there would be hell to pay from the FAKE NEWS MEDIA!”

There’s plenty more and you can watch below:

TONIGHT: Trump makes a big deal about how little of a deal it is that he is donating his salary to the government. #LSSC pic.twitter.com/ShVdVG1axA