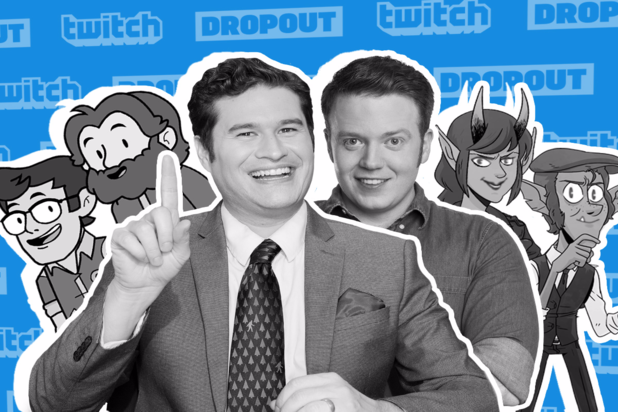 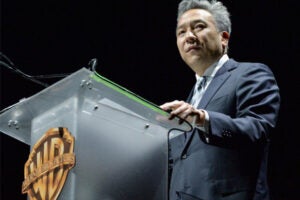 After Kevin Tsujihara’s Ouster, What’s in Store for Warner Bros.?

With two new cast members on its team, CollegeHumor is kicking up the investment in its $5.99-per-month streaming service, Dropout. Lily Du (“Broad City,” “The President Show”) and comedian Tao Yang, whose hires were announced Tuesday morning, are part of the company’s plan to produce at least one series a month for its streaming service, chief content officer Sam Reich told TheWrap.

The move signals a growing investment in Dropout, but the new focus on a subscription-based SVOD also raises questions for the future of CollegeHumor’s YouTube channel, which boasts 13 million subscribers and more than 6 billion views.

The 13 year-old YouTube page has been the brand’s main way of distributing content and interacting with its fans. Now the company will attempt to replicate this success with the subscription service it launched in September. (The company declined to share the number of subscribers or views Dropout has garnered since its launch.)

We caught up with Reich to discuss the company’s future plans for its YouTube channel and how it’s also leveraging the platform to drive traffic to Dropout.

1. Are there plans to renew any of the 12 series that are expected to launch this year?

We’re not really committing to second or third seasons of shows until we premiere them and see how they do. I think versus a traditional network, we’re actually going to be pretty stingy about second seasons because in our minds, we’re invested in the talent, not necessarily in any individual show. If they produce a show and it doesn’t click with people right away, we’re interested in their next show, if that makes sense. The commitment that they’ve made to us is as talent, not necessarily on a per show basis.

But we’ll probably renew something in the vicinity of like 50 percent of shows. There are certainly a couple of shows that we premiered at this point that are getting second seasons and we know it for sure.

What we said at the beginning of this process was folks on YouTube are just going to be getting more, and that’s true. We haven’t scaled back at all in terms of AVOD output.

We’re releasing a lot of Dropout stuff for free to the YouTube channel. Oftentimes it’s the first three to five to seven minutes of episodes because our feeling is that if we’re going to convince folks to subscribe to this platform, it’s going to be because they’ve seen stuff and like it, not because we’re tucking it behind a paywall where no one can access it.

So YouTube is kind of this two-headed beast for us right now. It’s the sketches that we’ve been producing all along and it’s these Dropout episode previews. Of course, some of those previews are really self-contained. Like for “WTF 101,” it’s an entire act of the show. It’s like a third of the show that we’re lifting out and putting on the YouTube channel, it really feels like a piece of self-contained content.

They aren’t cliffhangers, they aren’t tiny little one-minute tastes of what we’re doing on Dropout. The idea is that if you’re not a Dropout subscriber, the fact that Dropout exists just means there’s more content for you to watch on YouTube, but eventually, we can win you over into giving it a try.

3. In the past, Dropout has built on its video series with related chat-stories (short stories that resemble text message conversations) and comics, but does CollegeHumor ever use chat stories or comics as a way to test IP it may later adapt into video?

Yeah, part of the exciting things about comics and chats is we can watch IP in this format and see how it evolves. I think in a couple of cases we have comics or chat stories where we’re like, “There’s something interesting here.” I can’t get too specific because I shouldn’t announce any future shows, but there’s one [upcoming] show that began as a chat. Someone wrote three chats stories for us and we looked at those scripts and we said, “Oh, this is totally a show.” And then we actually pulled back on the chat stories because instead, we wanted to rush all of them to production. Those never even premiered as chat stories, instead, it just flopped over to become a video series.

4. In addition to helping fuel ideas for new content, it sounds like chat stories and comics are a cost-effective way to keep users on Dropout for longer periods of time.

It’s true, but it’s interesting and we’re experimenting. We launched comics and chats, those are lower-cost content obviously, but we also just launched video podcast and the video podcasts have been remarkably successful. I shouldn’t yet be specific in terms of the numbers, but I can tell you that we now have a podcast that’s more popular than one of our premium shows. Which is fascinating.

As producers of content, we think there’s a very direct relationship between the premium-ness of content and the extent to which the users engage with it, but it doesn’t appear to be a one to one ratio.

5. What was behind the hire of Lily Du and Tao Yang?

You know, we weren’t exactly sure when we launched Dropout what our slate for 2019 was going to be. We wanted to wait to see how successful launch was. But we quickly made the decision that we were going to go forward with producing a new show every month, so 12 for the year, which is really ambitious, and so to do so we needed to expand the cast.

We’re a little bit of a nontraditional company in that all of our shows are spawned from our in-house performers/writers. There were eight of them before these two were hired. There’s 10 now that they had been hired, making it the largest the cast has ever been and it’s super exciting.

We have a rigorous process by which we vet talent. Basically, whenever new talent comes into the family, we want the entire cast to feel bought in on that talent because they work so much together. So basically everyone reads and grades every packet. We got around 160 submissions this time around and we spend about three or four weeks with everyone reading all 160 submissions and sort of grading them.

There’s always a lot of consensus in terms of what names go to the top of the pile. We ended up with a short list of five to 10 folks who we interviewed and Lily and Tao we’re were our two immediate picks. They’re two incredibly talented people.