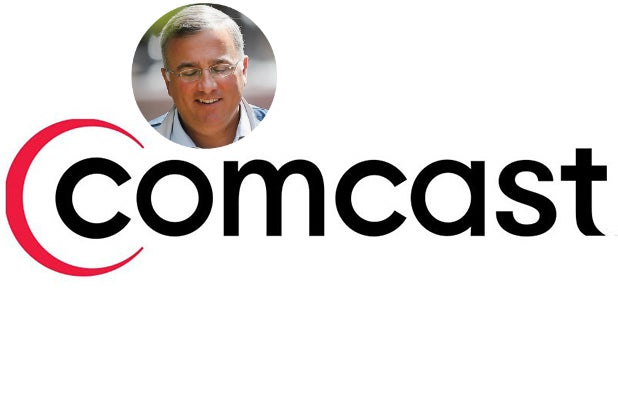 Comcast Corporation and CFO Michael Angelakis are pooling together $4.1 billion to launch a new investment and operating company. Angelakis — who has personally pledged $40 million to the forming venture — will become CEO of the new firm and be replaced as chief financial officer of Comcast.

The big cable provider is funding the new company to the tune of $4 billion. The remainder will come from other senior members of the new company’s management team. The newly formed group will have an exclusive, 10-year partnership with Comcast as sole outside investor.

“We believe the ability to establish entrepreneurial ventures that partner with and participate in the growth of innovative companies can be an important driver of strategic and financial value creation for our company,” said Brian L. Roberts, chairman and CEO of Comcast. “As Comcast approaches the completion of the Time Warner Cable merger and related transactions, and the integration plans are well advanced, Michael is ready and excited to turn his attention to the next phase of his career and relationship with Comcast.”

He continued: “In the past, Comcast has made substantial investments in companies like QVC, Comcast Cellular and SpectrumCo, which have generated tremendous strategic and shareholder value. I couldn’t be more excited about the future and Michael’s role in building this new company.”

Comcast will immediately begin a search for a successor chief financial officer. Following that eventual appointment, Angelakis will serve as a senior advisor to Comcast. Angelakis will assist with the transition to the new CFO and begin the integration process for the Time Warner Cable and related transactions.

Angelakis is the deputy chairman of the Federal Reserve Bank of Philadelphia. Prior to joining Comcast, Angelakis was a managing director and member of the Investment and Management Committees at Providence Equity Partners, one of the leading, global private equity firms investing in technology, media and communications companies.

“As we enter the final phase of the Time Warner Cable transaction, this is a great time to begin a transition and I am excited to start this new, entrepreneurial company,” Angelakis said. “Our industry is dynamic and I am very excited and optimistic about the many opportunities available to Comcast.”

“I look forward to closing the Time Warner Cable and related transactions and commencing the integration process,” he continued. “As part of our new company, I am very pleased to continue the partnership with my current colleagues and to contribute to Comcast’s future growth and success.”