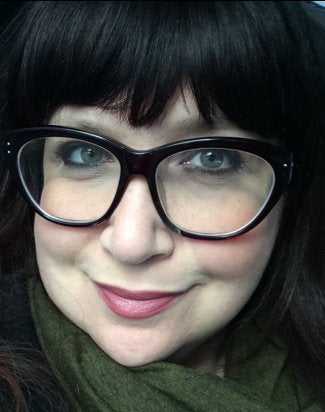 In her new role, Chekowsky will lead Comedy Central’s in-house creative team, putting her in charge of all branding and marketing development across every platform.

It’s a similar role to the one she held at MTV, where she was in charge of all promotional campaigns in support of MTV programming. This included both scripted and unscripted series, along with event programming like the “MTV Movie Awards” and the “MTV Video Music Awards.”

“The search for our new creative head took us across the country, to Canada and the UK, and as far away as Hong Kong,: said Walter Levitt, Comedy Central’s chief marketing officer. “In the end, the perfect candidate tuned out to be right across the hall. We’re delighted Lu has agreed to give-up the hunks of ‘Teen Wolf’ for a bunch of animated school kids and two broads from Brooklyn.”

Chekowsky earned an Emmy award in 2014 for her role in MTV’s multi-year “Get Yourself Tested” sexual health campaign. Prior to joining Viacom, Chekowsky worked for seven years as creative director and copywriter at Wieden+Kennedy. The world’s largest creative advertising agency, Chekowsky was involved with global campaigns for brands like Nike, Noxzema, Delta Airlines, Sharp, Proctor+Gamble and the National Multiple Sclerosis Society.

Chekowsky will join Comedy Central in mid-December and report to Levitt.