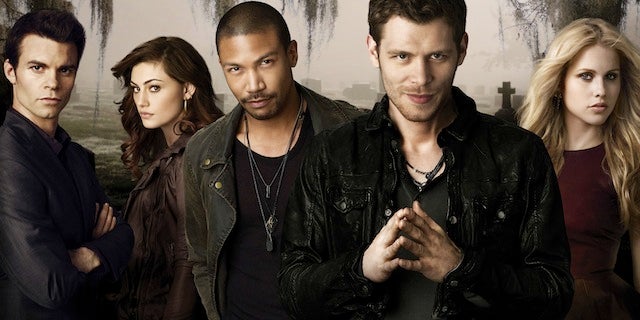 Julie Plec is looking forward to writing for an audience beyond the teens enraptured by its sister series, "The Vampire Diaries."

"It was incredibly difficult to figure out the concept for," Plec said of writing the first episode.

Since the show's backdoor pilot was written for "The Vampire Diaries" and did a good job of setting up "The Originals" world, Plec was excited to move on from there. But the show's studio, Warner Bros. Television, felt that the nine months between when it aired and when "The Originals" returns in the fall was too long a span for viewers. They asked her to retell the pilot.

So, how does she do that and move the show forward?

"It will be told from Elijah's point of view," she revealed. "Elijah comes in to find out what trouble Klaus is up to."

Yet Elijah isn't the only sibling with storylines from "TVD" yet to be resolved both creatively and logistically. So Rebekah will appear on both "TVD's" premiere episode to wrap up her romantic storyline with Matt (Zach Roerig) and on "Originals''' first episode. where she enters back into her family drama.

Additionally, it seems that Klaus and Caroline's (Candice Accola) romance will become the thing of legends. "She's basically the Buffy to his Angel. She left an impact," Plec said, referring to the seasons-long romance from another cult show.

And, no, Klaus isn't leaving Caroline for pregnant Hayley — at least that's the story Morgan, Tonkin and Plec are sticking to.

"I don't see romance. They will have to become a team to take care of this baby on the way," Tonkin said.

While she didn't count character crossovers out, Plec was clear that scheduling and production logistics make them difficult and that the first season will really concentrate on the Originals' family dynasty and their connections to others on the spinoff.

One of those relationships would be the rivalry between Klaus and Marcel, in which we'll learn the history of over the first few episodes of the series via flashbacks.

Also, while witches will factor heavily into "The Originals," there wasn't much talk about them during the panel. And new actress Danielle Campbell was only there via a sneak peek that opened the panel. She's locked in a tower and has very strong powers — at least when she loses her temper.