One was considered among the biggest flops in motion picture history. The other may well become the top-grossing feature film of all time before it’s through. 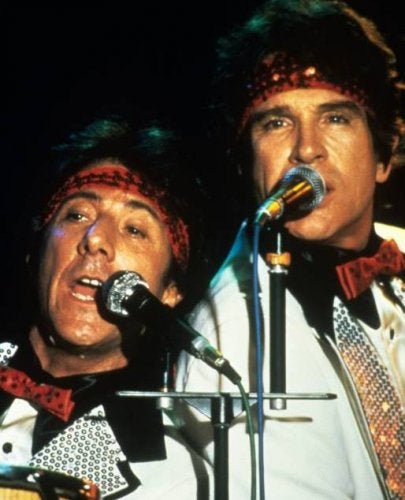 In so doing, "Avatar" is well on its way to at last snuffing out the nightmarish memory of "Ishtar" to reclaim the glory of "’tar" films from the scrap heap of moviedom following a 22-year siege on their good name.

"Ishtar" director Elaine May clearly owes a debt of gratitude to "Avatar" maestro James Cameron for so generously removing the taint of flop from her resume. So do "Ishtar" stars Warren Beatty and Dustin Hoffman, who have spent a large portion of the past two decades struggling to emerge from the dark shadow of a flick whose very name grew to become a synonym for cinematic stillbirth.

The lesson to be learned as "Avatar" continues to ascend the box office mountain — at nearly $1.2 billion and counting internationally, with no end in sight — would seem to be this: Futuristic tales of 10-foot-tall blue aliens play better than comedy satires set in Morocco. There really can be no disputing this now. The people have spoken, and the critical and fiscal evidence is irrefutable.

"Ishtar," you may remember, was made for an inflated budget of $55 million (huge in 1987) and took in a scant $14.3 million in U.S. receipts. Some recall it as having been the victim of a smear campaign and think it wasn’t really all that bad. But to date, there has been no DVD release in the U.S. to help assess where a Middle Eastern comedy epic went so horribly awry.

Perhaps a compare-and-contrast will help to yield greater clues for why one ‘tar can so thrive while another utterly implodes.

"Avatar": Set on Pandora; "Ishtar": Panned all over.

As you can see, the two films are virtually identical in theme and tone. And yet their ultimate fates could not have been more dissimilar.

Chalk it up to the newfound sophistication of the moviegoing public. Or perhaps the fact that being transported to a grand, sweeping netherworld beats staring at moronic spies and sand dunes for 107 minutes.

This much, at least, is certain: The ‘tars, they are a-changin’.

An entertainment journalist since 1984, Ray Richmond has served variously as a television reporter, critic and columnist for Daily Variety, the Hollywood Reporter, the L.A. Daily News, the Orange County Register and the late Los Angeles Herald Examiner. He is also the author of four books, including the bestselling "The Simpsons: A Complete Guide to Our Favorite Family." When not writing, he can often be found hustling quarters as a street mime in Spokane, Washington. Email: tvrayz@aol.com. He also regularly blogs at www.manbitestinseltown.com.