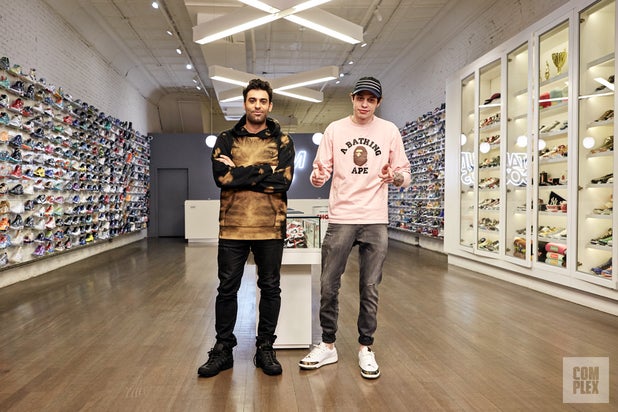 As part of the new agreement, MSG Networks is adding six shows from Complex to its “MSG Shorts” programming block, which airs on MSG following coverage of select Knicks, Rangers, Islanders, and Devils games. Under the expanded agreement, MSG will air new episodes from seven of Complex‘s original series, including two of its flagship shows, “Sneaker Shopping” and “Hot Ones.”

“Sneaker Shopping” and “Hot Ones” have become two of Complex’s most successful productions, with millions of views for each show between Complex.com and YouTube. The upcoming episodes set to air on MSG Networks will see “Sneaker Shopping” host Joe La Puma put a spotlight on the significance of sneaker culture through the eyes of famous guests like Pete Davidson, Lil Yachty, and Todd Gurley. Upcoming guests on “Hot Ones,” which was just renewed for a seventh season, will include Seth Rogen, Dominic Cooper, and Ty Burrell.

The original partnership between Complex and MSG, which began in October 2017, featured only “Sneaker Shopping.” In addition the “Hot Ones,” the expanded partnership’s programming lineup will also include episodes of Complex’s “Sean in the Wild,” “Complex Closets,” “Food Grails,” “The Culture” and “Jobs Unlisted.”

“We are excited to extend our partnership with Complex Networks and to tap into their great lineup of shows that will keep fans tuned-in after our award-winning live game coverage,” said Kevin Marotta, Senior Vice President of Marketing and Content Strategy, MSG Networks. “Complex’s engaging mix of short-form content – from ‘Sneaker Shopping’ to ‘Hot Ones’ to ‘Sean in the Wild’ – appeals to our viewers, and we’re happy to offer these and other titles after select games this season.”

The new deal kicks off tonight with a new episode of “Hot Ones” featuring Seth Rogen and “Sneaker Shopping” with Pete Davidson following the New York Knicks game, which starts 7:30pm ET.